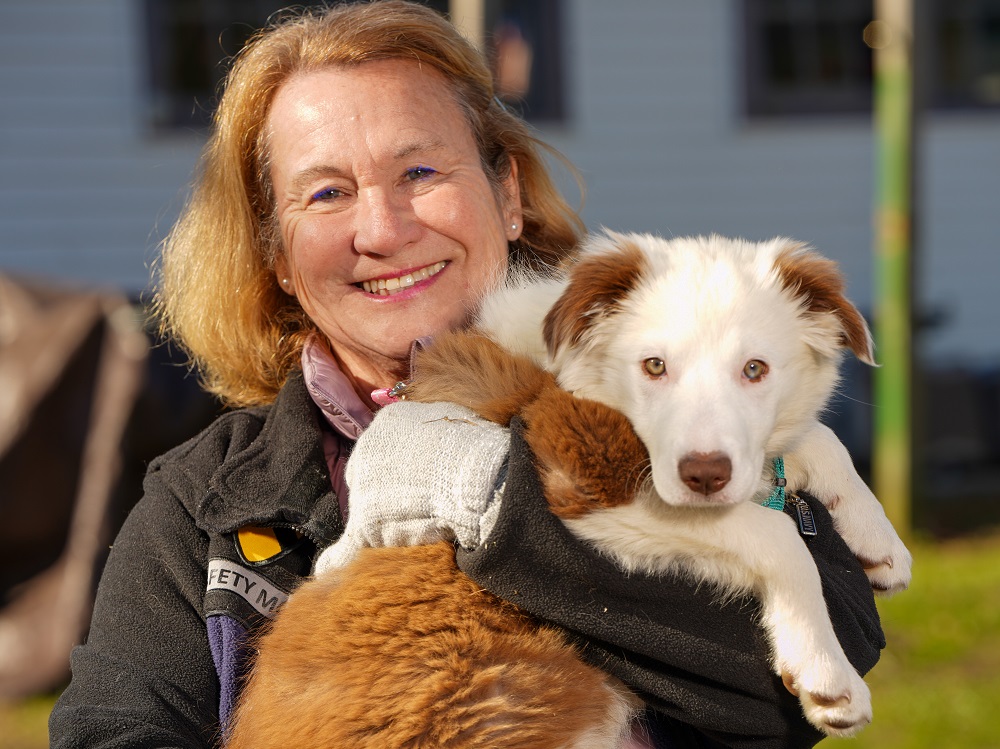 Krista Smith of Mullica Hill knows what it means to serve. A United States Navy veteran, and the recently retired Occupational Health and Safety Manager for naval support activity for the Department of Defense, Krista spent more than forty years helping people meet or exceed their goals, while working within the confines of strict protocols and processes. She has also spent a fair amount of time with medical professionals, both as part of her career and within her own family.

For all these reasons, she says she was happy - and felt a responsibility - to recognize the excellence of Blissa Usher, APN, at Inspira Urgent Care Glassboro.

“I have been to the Inspira Urgent Care a couple times,” Krista said. “And APN Usher has always gone the extra mile for me.”

Krista was so satisfied with her care that after a recent visit she wrote a note on the site’s web page that read, “I have seen APN Usher several times at the Glassboro Urgent Care facility. Each time she has provided outstanding care. She has followed up on my health and goes above and beyond her patient care. She deserves recognition for her incredible work and knowledge of medicine. Thank you, APN Usher.”

One visit to the facility started with a simple bug bite. Krista and her husband, Thomas, also a Navy veteran, live on a small farm in Mullica Hill. She said that Thomas has a true “green thumb”, and they grow tomatoes, peppers, zucchini, eggplant, cantaloupe, watermelon, cucumbers, lavender, and parsley. Krista also owns a horse, a rare Spanish Barb, named Joaquin, so she spends a good deal of time outdoors.

“I had got bitten by something, probably a chigger, so I went to the urgent care,” Krista said, “Ms. Usher took my history and vital signs, did all the appropriate tests, and referred me to a dermatologist.”

Another time, Krista had been experiencing some breathing difficulty. Because of her status as a veteran, she also has access to care at the Veteran’s Administration hospital. She said she chose to go to Inspira Urgent Care Glassboro because it is convenient and close.

It was after the visit for this respiratory issue that Krista wrote the note about Blissa Usher and the care she delivers.

“She examined me thoroughly, listened to my lungs and heard some wheezing,” Krista said. “She said that she believed I might have an upper respiratory infection and ordered an X-ray of my lungs. That was done right in the same facility.”

This is where Krista said the “above” part of “above and beyond” began.

“Not only did she order the x-ray, but she also looked at my history and compared the film to an x-ray from 2013,” Krista said. “It looked different. Ms. Usher explained, in plain language, what her concern was. That is something I really appreciated. I have been around medical people my whole life, but I’m no doctor. She told me to not panic but suggested that I see a pulmonologist.”

Soon after, Krista was seen by Scott Rosenberg, M.D. a pulmonologist at Inspira Health Center Woodbury and had a CT-scan of her lungs.

“This all happened so quickly, over the course of a couple days,” Krista said. “Dr. Rosenberg was a super nice guy. He called me the same day I had the scan done to tell me that everything was clear. He told me to come back if I had any issues or concerns.”

What happened next is the “beyond” part, Krista said.

“The day after I saw Dr. Rosenberg, APN Usher called me to make sure that I had seen him and to find out how I was doing. That fact that she followed up with me, from an urgent care setting, after suggesting I see a specialist, speaks volumes. She wanted to make sure I was OK. I have never had that happen before. I thought it was worth mentioning and recognizing.”

Krista said she was soon feeling better and will continue to rely on Inspira for everyday care, as needed.

“APN Usher is not only an excellent medical professional, but she’s also friendly, personable, and really attentive,” Krista said. “When I do have a need to visit the urgent care, she always greets me by saying, ‘I know you!’”.

Serious accidents and injuries can occur within the safety of your own home. Here’s how you can minimize home injuries and avoid an unplanned trip to urgent care.

Read More
Keep the Change, Ya Filthy Animal! Holiday Movie Characters Who Should Have Seen a Doctor

Every year during the holiday season, families across the country cozy up on the couch to watch Kevin McCallister mercilessly torture the Wet Bandits in Home Alone. But have you ever considered the actual injuries Harry and Marv would have sustained from Kevin’s antics?

Not all tick bites cause Lyme disease, but it’s better to be safe than sorry. Here’s how you can keep yourself safe as you head outdoors.