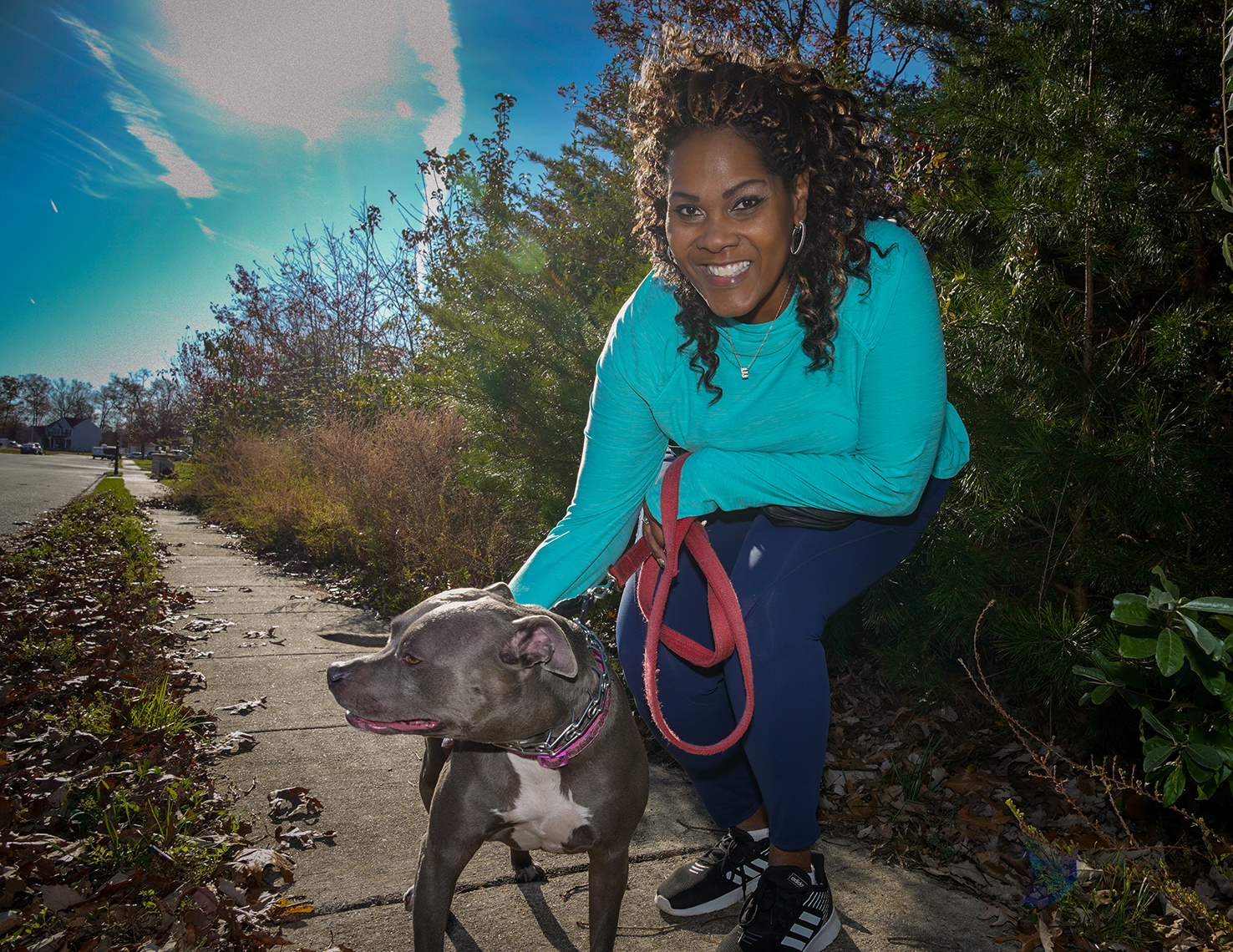 Erica Milbourne of Millville spent her first five decades of life learning to live with pain. Born very bowlegged, frequent hip and leg pain were her constant companion. When she was still a baby, a doctor talked to Erica’s mother about the possibility of breaking and resetting her daughter's legs. But mom couldn’t bear the thought and said “No.”

Over the years, the pain worsened. As a teenager, she had to limit her time on the court when she played for her school's basketball team. She was forced to take several breaks during every game.

As her condition worsened, steps became difficult and required her to favor her right leg as she went down a flight of stairs.

"It got so painful, if I went down the steps [in my home], I stayed down for the day."

Even lifting her leg to put on a sock became painful. Eventually, any motion of her right leg caused pain. It hurt to get in and out of the car, and to press on the gas and brake pedals.

Having dealt with pain since childhood, Erica had learned to put up with it by adjusting her physical activity accordingly. Yet there was no getting around it, the pain was impacting her quality of life, interfering with the active lifestyle she had always enjoyed.

"I think I had developed a high tolerance for pain over the years, but it became excruciating," Erica explained.

At 48, Erica knew she was too young give up her active lifestyle and decided to see an orthopedic surgeon. It was late summer 2019 when she visited Eddie Wu, D.O., a South Jersey-based orthopedic surgeon with fellowship training in total hip replacement.

Erica immediately knew she had found the right doctor for her.

"He is very positive, and because he is young I feel like he was the right person for me," she said. "He has a confidence that I like. I'm a positive person, finding someone with that same level of confidence is awesome."

Dr. Wu only needed a quick look at Erica's x-rays to know that she needed hip replacement surgery. In fact, the ball at the top of her femur, known as the head, looked more like a cube than a ball.

"It had turned into a square," Erica said as she described the image that Dr. Wu was examining.

Despite the shocking x-ray image and severe pain, Erica decided she wasn’t ready for surgery. She couldn't imagine being inactive for months.

The idea of not being mobile scared her. She didn’t like the thought of not traveling, or going out. Despite these concerns, the unrelenting pain eventually sent her back to Dr. Wu. Almost a year had passed since her first visit. Dr. Wu told her that as soon as he saw her name on the schedule he knew why she was there.

"When I talked to him, I was immediately at ease," she recalled. "He sat me down and showed me what he was going to do."

Erica remembers telling Dr. Wu if she could have the surgery tomorrow, she "was in." Although it didn't happen quite that quickly, she was scheduled, approved and had surgery within two weeks.

Almost immediately after surgery, the care team at Inspira Medical Center Vineland had Erica up and walking around. For the first time in conscious memory, she felt no pain in her hip or leg.

"I can honestly say, I've had no pain, not even from the surgery," she said. "[I was] up and walking the same day, walking throughout the hospital."

After a single night in the hospital, Erica went home to recuperate.

"Because of the way they do the surgery, I didn't have pain. Just a little discomfort from the staples when I laid down on them."

When it came to physical therapy, arrangements were made for the therapist to come to Erica's home. She did the exercises and used the equipment (walker and cane) exactly as she was directed. She didn't want to do anything that might slow her down progress.

Now, five months after surgery, Erica is walking her dogs, exercising and riding both her stationary and street bike. All with no pain.

"This is like a whole new lease on life," says Erica. "I've been telling people you have to see Dr. Wu."

“Erica’s story of living with joint pain–for years and years–is not uncommon. I’m so glad she took that critical first step of meeting with an orthopedic surgeon. If you suffer from joint pain, you owe it to yourself to talk with an expert who can help you choose the best course of action. Imagine saying good-bye pain and hello to ‘a whole new lease on life.’”

Inspira's own orthopedic surgeons, Dr. John Catalano (Premier Orthopaedic Associates), Dr. Jason Mora (Reconstructive Orthopedics) and Dr. Eddie Wu (Premier Orthopaedic Associates) break down the ins and outs of joint replacement surgery, including how to know you're ready, what to expect before and after your procedure and the support system Inspira's team provides along the way.

Read More
What Every Patient Should Know About Physical Therapy

Whether it is for a sprained ankle, Parkinson’s disease or back pain, physical therapy can treat a wide variety of injuries and afflictions. Physical Therapists can provide comprehensive services for a wide range of injuries and illnesses.