A difficult time made just a little easier

A difficult time made just a little easier 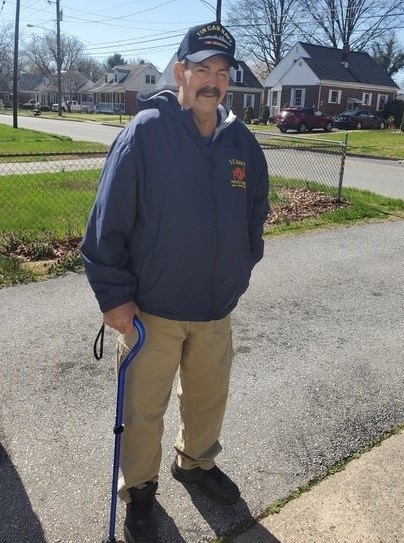 A trip to the emergency department that results in being admitted to the hospital is not something people often describe as a “very good experience.” But that is exactly how Everett Brown of Pennsville felt after being treated at Inspira Mullica Hill in April 2022.

Everett, 77, had gone to see his primary care physician, Jason Lotkowski, D.O., as part of a routine appointment. He didn’t expect what came next.

“It was just a follow up visit,” Everett said.

Dr. Lotkowski noticed swelling in Everett’s legs. He told Everett and his daughter, Lisa Ramsey, who accompanies him to his appointments, to head to the Inspira Mullica Hill ER to have the swelling treated.

Everett has some underlying health issues that could have contributed to the swelling. He was already on a low sodium diet, but he and his family had been under a great deal of stress after Everett’s wife of 54 years, Jo Ann, passed away in February.

Lisa said that in that difficult time, many things understandably took a back seat as the family grieved and figured out how to move on.

“Dad was not eating as carefully as he normally does,” she said. “My mom was a retired registered nurse. She always watched Dad and helped manage his medications and diet.”

Everett, a US Navy veteran, who retired from his job with a utility, said that the experience at Inspira Mullica Hill was comforting and reassuring.

“The people there were not only very professional, but friendly,” he said. “They know what they’re doing. These people were top shelf.”

Lisa said, “They triaged Dad promptly once we got there. It was all very efficient. While we waited for his room to be ready, the ER staff made him comfortable.”

Everett’s care was managed by hospitalists Sean Matchett, D.O., and Jibran Malik, M.D., physicians who specialize in the care of hospitalized patients, during his four-day stay.

“Dr. Malik explained everything to my daughter and me very clearly, so we understood the care I was getting and what I needed to do after my discharge with my medications and my diet,” he said.

Everett also said that the nursing staff, including, but not limited to, Kailyn Washington, R.N., and Danielle Brocco, R.N., did a great job of explaining aspects of his care.

“I wish I could remember all the nurses’ names,” he said. “They were all wonderful. So professional. If nurses could get a medal of honor, I’d like to give it to all of them.”

Everett said he found that positive attitude in all the Inspira Mullica Hill staff he encountered. “Housekeeping was thorough and pleasant any time they were in my room. Everyone introduced themselves by name. All the team members took very good care of me.”

The family’s history with Inspira began many years ago and continues to this day. Jo Ann Brown started her nursing career at Inspira’s former hospital in Woodbury, before taking a break to raise her family. She later returned to work, retiring in 2009 from the Salem County Health Department. Dr. Lotkowski was her primary care physician.

Lisa, who now works in the office of Inspira Medical Group Tomlin Station, said she took that job in part because she had experience with Inspira as a patient and with her mom and dad.

“I saw how they treated people. I knew it would be a good place to work,” she said. “When Mom passed, Dr. Lotkowski called Dad and me personally to offer his condolences. That surprised me. I appreciated it very much. My teammates at work really supported me and helped me get through it too.”

Today, Everett Brown is doing well, living in the house he shared with Jo Ann since 1976. He said he is working hard to follow all of Dr. Lotkowski’s direction.

“I get up in the morning, get my blood pressure squared away and then I have a little breakfast,” he said. “I had already gone low-salt before this and now I’m watching my weight too.”

“I live close by, so I visit often. I try to make sure everything is safe,” Lisa said, adding that her nephew, Jesse, has also been a big help. “I do the driving and help with shopping, but Dad is cooking for himself and taking care of things around the house.”

Lisa said that it helped to know they have a support system at Inspira.

“I didn’t get Mom’s nursing genes, but we are all a little more comfortable now because it feels like we have a team behind us.”