Safe and Sound: Healthy Habits for your Sleeping Baby

Safe and Sound: Healthy Habits for your Sleeping Baby 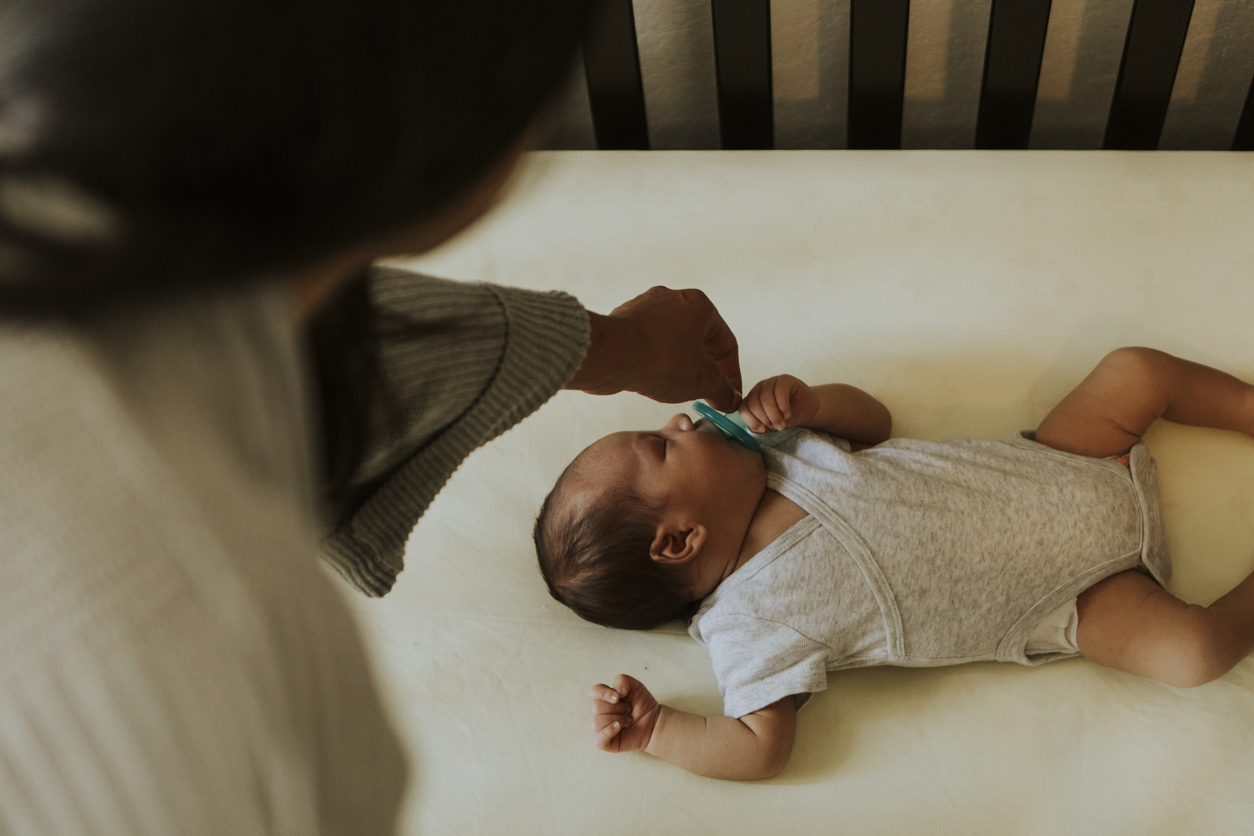 Sudden infant death syndrome, or SIDS, is the sudden death of a newborn in their sleep. Despite nearly 3,500 occurrences of SIDS each year, the exact cause is still unknown. That is why safe sleeping positions are critical during your newborn’s first few months of life. Here are a few tips to ensure your infant is sleeping not just soundly, but safely.

Tip #1: Place your baby on their back while sleeping

A common misconception is that placing a baby on their back to sleep increases their risk of choking or suffocation. In fact, that couldn’t be further from the truth.

“When placed face down to sleep, babies’ airways are restricted. And in the event that a baby regurgitates or spits up fluids during the night, they lack the muscle strength to move their head or body to breathe,” said Dr. Kristen Trom, D.O., Inspira Medical Group Primary Care Mullica Hill Commons. “However, when sleeping on their back, a baby’s airways are exposed for easy breathing. This means that any fluids that come up throughout the night won’t suffocate your baby because the fluids can clear their airways.”

Tip #2: Remove all loose clothing and bedding from the area

Recently, a three-year study conducted by the American Academy of Pediatrics found that unintentional suffocation is the most common cause of injury or death in infants less than a year old. More specifically, 82 percent of infant deaths during this study were attributed to accidental suffocation and strangulation in bed.

“It’s critical that you keep your baby’s sleeping area free from things like blankets, pillows, crib bumpers, and stuffed toys,” said Trom. “The study mentioned that 14 percent of SIDS cases were suffocation cases—and of these suffocation cases, 69 percent were caused by soft bedding. The safest sleeping area for your baby is one clear of all extra clothing, bedding and toys.”

Tip #3: Avoid sleeping in the same bed as your baby

It is important that you never sleep with your baby in an adult bed, especially during an infant’s first four months of life when the risk of SIDS is greatest.

“According to the Centers for Disease Control and Prevention (CDC), room-sharing, which involves having a crib in the same room as where you sleep, instead of bed-sharing, which is when both you and your infant sleep in the same bed, lowers your baby’s SIDS risk by nearly 50 percent,” said Trom. “Instead of bed-sharing to keep an eye on your baby all night, reposition your room so you can have their crib next to your bed.”

If you’ve been using birth control, you might wonder whether it can affect your ability to get pregnant. Here are the facts.

Read More
Can You Take Cold Medicine While Pregnant? What To Do for a Cold or the Flu

Navigating pregnancy can be challenging, especially during cold and flu season. You’ve probably taken over-the-counter (OTC) decongestants to combat cold symptoms in the past, but if you’re pregnant, you’re probably wondering which remedies are safe for you and your baby. Here’s what you should consider when looking for relief from cold and flu symptoms while pregnant.