Up-to-date guidance and resources for people who believe they have been exposed to or have contracted the monkeypox virus.

Monkeypox is a viral disease that spreads through close, direct contact with an infected individual. Understanding this condition can help you take the proper precautions and know how to proceed if you think you were exposed to this virus. 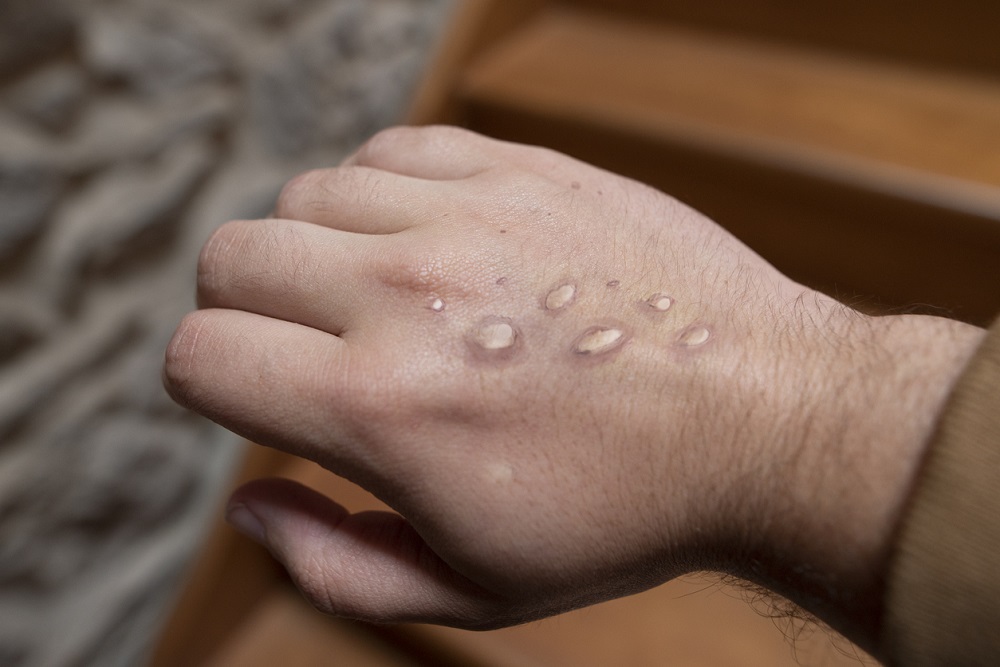 Monkeypox is an illness caused by the monkeypox virus. The first human case of monkeypox occurred in 1970 and has since been found primarily in areas of central and west Africa near tropical rainforests.

In addition to transmission from animals to humans, the monkeypox virus can be passed from one person to another through close contact with an infected person’s bodily fluids, lesions or respiratory droplets. It can also spread through direct contact with contaminated materials, such as towels, clothing, bedding or household surfaces.

Although monkeypox symptoms are similar to smallpox symptoms, it is not as contagious and causes less severe illness. Monkeypox symptoms typically last 2 to 4 weeks and resolve on their own. Symptoms may include a rash, fever, fatigue or swollen lymph nodes. While these symptoms can lead to medical complications in some instances, severe cases and fatalities are exceedingly rare.

The incubation period for monkeypox, which is the duration from exposure to symptom onset, is typically 5 to 14 days, but can last up to 21 days. Your initial symptoms may include:

A rash usually appears within 1 to 3 days of your initial symptom onset, often affecting the face, hands, feet, mouth and genitalia. The skin rash progresses through five phases, during which time lesions form, raise, fill with fluid and eventually scab and fall off. Public health experts recommend isolating until the entire rash is gone and a fresh layer of skin has formed, usually within 2 to 4 weeks.

How is Monkeypox Diagnosed? 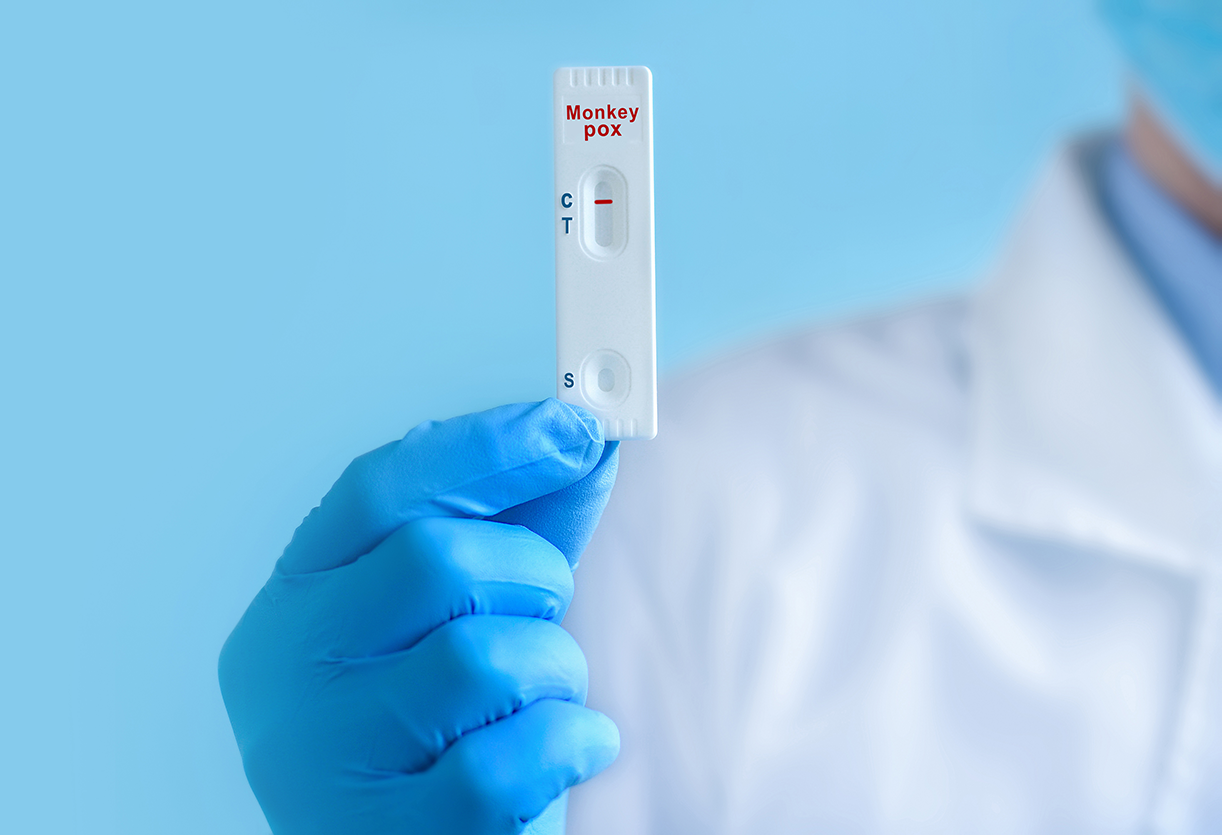 What treatments are available for Monkeypox?

The antiviral drug TPOXX (tecovirimat) may help treat severe or complicated Monkeypox cases. If you are pregnant, immunocompromised, have a history of chronic skin conditions or if your Monkeypox rash is extremely painful, talk to your provider about whether TPOXX is an option for you. Currently, healthcare providers can request this medication from the CDC for qualified patients through an Expanded Access Investigational New Drug protocol.

A monkeypox vaccine is also available, but current supplies are limited. If you have known contact with someone who tested positive for monkeypox, talk to your provider about scheduling a vaccine appointment at one of the nine locations throughout the state. 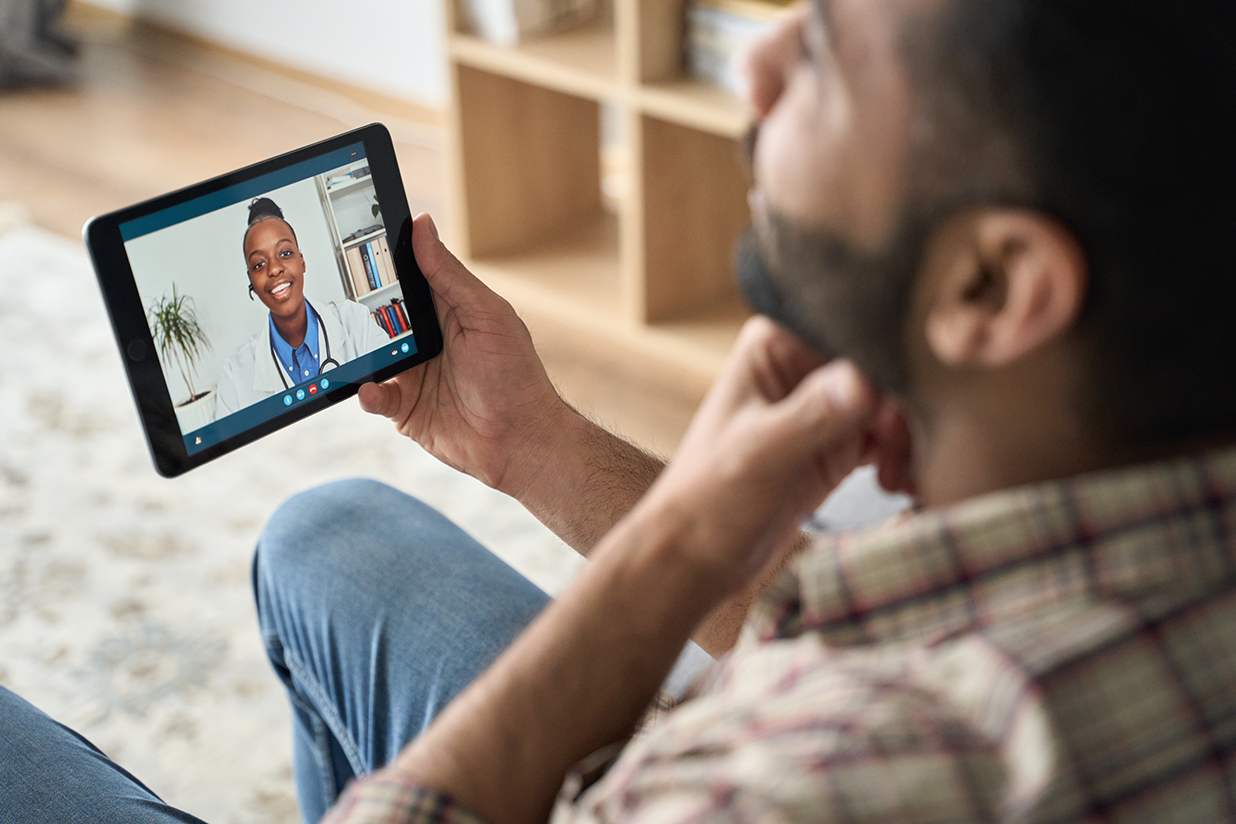 If you think you may have been exposed to or contracted Monkeypox, cover your rash, isolate yourself, and call your health care provider immediately. Scheduling a telemedicine appointment is an ideal option for initial assessment because it minimizes the risk of transmitting Monkeypox to others. However, confirming diagnosis through a PCR test requires an in-person visit.

Before arriving at your in-person visit, call the office to make them aware that you are experiencing possible Monkeypox symptoms. When you arrive at your appointment, ensure your rash is completely covered with long sleeves, pants or bandages, and wear a mask. Your provider will ask you for your medical and sexual history and conduct or arrange for a PCR test if Monkeypox is suspected. They will also give you instructions for self-isolation to avoid spreading the virus to others.

Inspira Urgent Care centers and Emergency Departments are available for PCR testing to confirm your diagnosis and answer your questions about a treatment plan. Call to confirm availability of testing.

There are several steps you can take to prevent getting monkeypox. The most important thing you can do is avoid direct contact with people who have a rash, including family members and close friends. Touching the rash or engaging in intimate activity with someone infected with monkeypox can spread the virus. The virus can also be spread by respiratory droplets commonly generated by coughing or sneezing.  It’s also important to avoid touching all objects and materials a person with monkeypox has used, including bedding, towels, clothing and personal belongings. Additionally, wash your hands frequently with soap and warm water after you use the bathroom and before eating or touching your face. To clean household surfaces, use disinfectants such as Lysol or bleach as directed. Visit the EPA Disinfectants for Emerging Viral Pathogens page for guidance.

If you suspect you have monkeypox or if a PCR test confirms diagnosis, self-isolate and avoid other people until your rash has completely healed. Isolation includes avoiding intimacy and close contact with people. Cover your rash with long sleeves, pants or bandages to prevent accidental contamination. Wash your hands often with soap and warm water and disinfect all surfaces and materials you touch while symptomatic, including towels, bedding, clothing, doorknobs, countertops and other household surfaces. To avoid spreading the virus, isolate until your rash heals completely and all scabs have fallen off. This process generally takes 2 to 4 weeks.

The antiviral drug TPOXX (tecovirimat) can help treat monkeypox. While most cases do not require this type of treatment, for serious disease, such as a painful rash, involvement of the face, or co-existing immunosuppression, treatment is available. It can benefit patients with severe or complicated cases, including those who are pregnant, immunocompromised or have extremely painful rashes.

A monkeypox vaccine is also available for prevention, but current supplies are limited. Currently, vaccines are only offered to patients in a high-priority group or those in close contact with someone who tested positive in the past 14 days. The vaccine is currently available at nine locations across the state.

The monkeypox strain currently spreading in the United States is rarely fatal. More than 99 percent of people who contract this strain of monkeypox are likely to survive, and most people can recover at home. Although it’s rarely fatal, complications can occur in people with weakened immune systems or a history of eczema, children under 8 years of age, and people who are pregnant or breastfeeding.

Find a Doctor Find a Location