Chris Bruno woke up on December 7, 2021, to his mother, Angela, screaming due to excruciating pain in her abdomen. Immediately, her husband, John, drove her to the emergency room at Inspira Medical Center Elmer. From the moment they arrived, it was clear that Angela would need boundless support from both her family and medical team.

“Nobody wants to need a hospital. It gives me tremendous peace of mind, looking forward and looking back, and a lot of gratitude that when we needed a hospital, Inspira Elmer was there. The talent, the skill, and the care was way above and beyond,” shared John.

Upon Angela’s intake, things moved very quickly. While looking at her preliminary vital signs and CT scan, the ER doctor instantly knew there was a serious issue, prompting the staff to contact the on-call surgeon, even while waiting for a formal diagnosis. This decision saved precious time as it was determined that Angela’s colon had ruptured a few days earlier, causing a severe septic infection – immediate surgery was needed.

After Angela’s six hours of surgery, John was taken to see his wife in the Intensive Care Unit (ICU). The sight of Angela, unconscious and using a breathing tube, was heartbreaking. Fortunately, John and his family had a supportive and highly skilled medical team by their side. 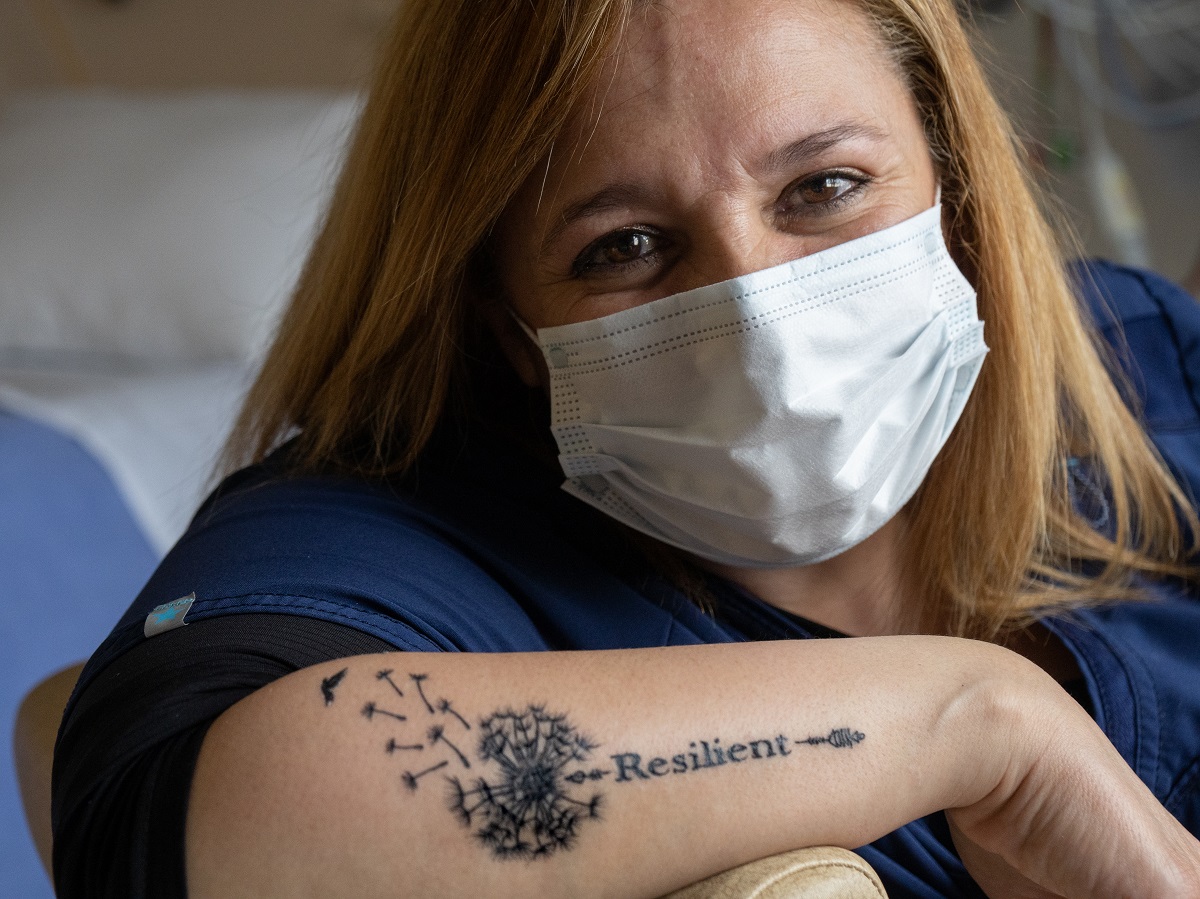 MaryAnn excelled in both the science and art of Nursing. Not only did she take the time to explain the ins and outs of Angela’s treatment, but she also understood the importance of providing compassion and emotional support to her patient and their loved ones.

At Inspira, the Brunos felt that the medical team treated them even better than family. One of Angela’s doctors, John Patricelli, M.D., showed his genuine concern for her well-being, day and night. On one particular evening, Angela’s midline IV port that was used to administer medication stopped working. Dr. Patricelli was notified, made a few calls, and the situation was resolved quickly.

The small things made a big difference in Angela’s month-long hospital stay. While her procedure and recovery took place in the midst of COVID-19, John was initially allowed to stay with his wife in the hospital per local mandates. However, 10 days after Angela’s surgery, hospitals in South Jersey had to halt visitation. The care team alerted John that visitation was being halted and explained how they would work together to keep him informed. By receiving advance notice about the change in visitation, John was able to personally explain to his wife why he wouldn’t be able to visit.

Angela and John’s son, Chris, shares, “I’m very thankful for the Inspira nurses. They are an inspiration to us all, and without them, who knows what would happen to us in regards to our health.”

When at their lowest moment, there was a fear that John and Angela had experienced their last wedding anniversary together. This year, the couple will celebrate their 25th wedding anniversary, and John shares, “If it wasn’t for the care that we got and the nurses, we might not be looking forward to the things we now get to look forward to.”

Since being released from the hospital in early January, Angela is on the road to recovery. She is optimistic about the future, and thankful for her “fantastic” nurses.

Mothers and daughters share a special bond. But at Inspira Health, the bonds between two mother-daughter duos are rooted even deeper through their shared passion for nursing.  In honor of National Nurses Week, we’re sharing the story of four women whom together celebrate more than 100 years in the nursing profession.