MULLICA HILL, NJ (December 30, 2015) – Each year the March of Dimes recognizes nurses across the nation who demonstrate exceptional patient care, compassion and service. This year, Inspira Health Network is pleased to announce that Sandy Lovelace, BSN, RN, CGRN, Sherry Remy, MSN, RN, CEN, and Reenie Sacchetti, MS, RT(R), have all been honored with 2015 Nurse of the Year Awards from the New Jersey Chapter. 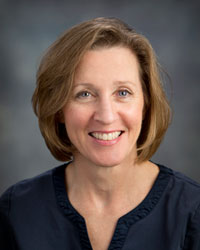 Sandy Lovelace, assistant nurse manager for Inspira Medical Center Woodbury’s acute care of the elderly unit, received the March of Dimes award in the “General Medical Adult Care” category. She is nationally certified in geriatric nursing and has 30 years of clinical nursing experience. Lovelace received a Bachelor of Science in Nursing from the University of Delaware. While in college, she worked as a nurse’s aide at Inspira Medical Center Woodbury and was one of the first nurse externs for the hospital. In addition to role at Inspira, she also serves as a moderator for the women’s group at Pitman Presbyterian Church and treasurer for West Jersey Presbyterian Women. 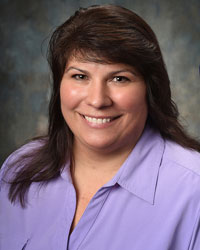 Sherry Remy, administrative director of Emergency Departments at Inspira Medical Center Vineland, received the March of Dimes award in the “Emergency Room Care” category. Remy has 19 years of emergency department management experience and has served as administrative director of Inspira’s Bridgeton, Elmer and Vineland emergency departments since 2008. Additionally she oversees Inspira Medical Center Vineland’s pediatric emergency department with onsite access to pediatric specialists from Nemours/Alfred I. duPont Hospital for Children. Remy received her Associate in Applied Science Degree/Diploma in Nursing (RN) in 1991, followed by a Master of Science in Nursing in 2007 from Wesley College in Dover, Delaware. 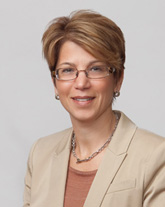 Reenie Sacchetti, vice president of Clinical Services at Inspira Medical Center Woodbury received the March of Dimes award in the “Nurse Champion” category. Sacchetti has been a member of the hospital’s management team since 2007. Sacchetti works closely with nurses at all levels on numerous projects most recently including the opening of a specialty orthopedic unit. Additionally, she has helped to bring state-of-the-art services to Inspira, including advanced 3D mammography for breast cancer screening and Gloucester County’s first and only emergency PCI intervention program for patients experiencing a heart attack. Sacchetti holds a master’s degree in allied health sciences and has more than 30 years of experience in health care. Sacchetti also currently serves on the Advisory Board at Cumberland County College.

More than 196 nurses were nominated in 19 different award categories. New Jersey award recipients were announced at a special awards gala held on November 18, 2015 at Pines Manor in Edison, which had a record attendance of more than 500 people. At the event there were 115 finalists who represented 48 hospitals and healthcare facilities. The event raised more than $90,000 to improve the health of babies by preventing birth defects, premature birth and infant mortality.

Together with its medical staff of more than 1,100 physicians and other care providers, as well as more than 5,700 employees, Inspira Health Network provides evidence-based care to help each patient achieve the best possible outcome. Accredited by DNV Healthcare, the network’s clinical and support staffs are focused on providing quality care in a safe environment. For more information about Inspira Health Network, call 1-800-INSPIRA.

The leading-edge Cancer Center at Inspira Medical Center Mullica Hill, part of Inspira Health, has earned three-year re-accreditation from The Commission on Cancer (CoC), a quality program of the American College of Surgeons (ACS).

Inspira Medical Centers Elmer and Vineland, part of Inspira Health, have been recognized by America’s trusted referral source for the best in health care, the Women’s Choice Awards®.