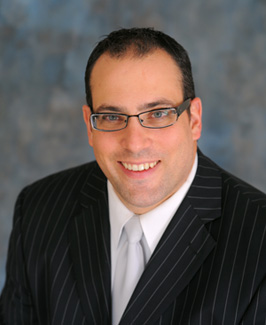 MULLICA HILL, NJ (June 17, 2014) — Inspira Medical Group is proud to announce that Gary Mirone, D.O., the region’s only fellowship trained urogynecologist, recently became one of only five doctors of osteopathic medicine nationwide to become board certified in urogynecology by the American College of Osteopathic Obstetricians and Gynecologists.

Urogynecology is a surgical subspecialty of urology and gynecology that primarily deals with urinary incontinence and pelvic floor disorders. Many women who suffer with these types of bladder issues often think that it is just a normal part of aging and do not realize they may have a disorder that is treatable. Since joining Inspira Medical Group in 2008, Dr. Mirone has been providing women with care for a full range of pelvic health disorders and offering services that were previously not readily available in the community.

Dr. Mirone earned his degree from Lake Erie School of Osteopathic Medicine. He then went on to complete his residency followed by fellowship training in urogynecology and pelvic reconstructive surgery at the University of Medicine and Dentistry of New Jersey.

At Inspira Medical Center Vineland, Dr. Mirone serves as the director of the nation's first osteopathic fellowship in female pelvic medicine and reconstructive surgery. He has been named "Mentor of the Year" by the American Ostepathic Association and was appointed to the Post Graduate Education and Standard Committee subcommittee of ACOOG.

As a part of Inspira Medical Group, he treats patients at his office locations in Mullica Hill and Vineland. For more information about Dr. Mirone, please call (856) 641-8680.

Together with its medical staff of more than 1,100 physicians and other care providers, Inspira Health Network provides evidence-based care to help each patient achieve the best possible outcome. Clinical and support staffs are focused on providing safe care in a safe environment. For more information about Inspira Health Network, call 1-800-INSPIRA.

We recognize and congratulate several of our physicians who have recently been named as a 2022 Top Doctor in Cancer Care by Jersey’s Best Magazine.

Inspira is dedicated to providing compassionate and high-quality care to every patient across our services and the community to build a happier and healthier South Jersey. Today, we recognize and congratulate several of our doctors, that serve across our hospitals and range in specialties from family medicine to neurology, who have recently been named a 2022 Top Female Doctor by SJ Magazine.

Inspira Medical Centers Mullica Hill and Vineland, part of Inspira Health, both received an “A” for the Spring 2022 Leapfrog Hospital Safety Grade. This national distinction recognizes both hospitals achievements in protecting patients from preventable harm.