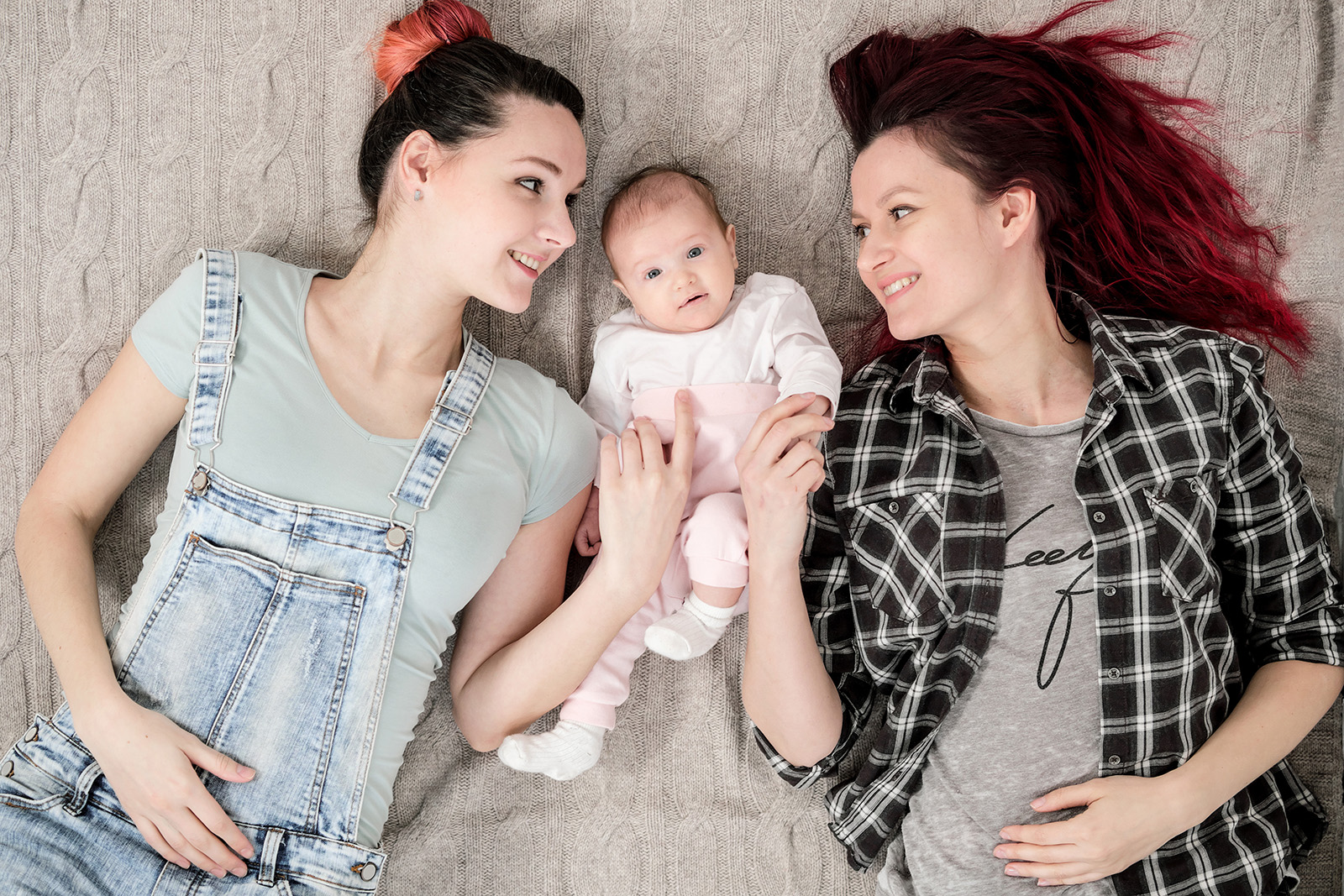 Sudden infant death syndrome (SIDS) is defined as the unexpected death of a previously healthy infant younger than 1 year of age. It peaks as a concern in infants 2 to 4 months old, with many of these deaths happening at bedtime or naptime. More than 3,500 babies in the U.S. die each year unexpectedly while sleeping, from either SIDS or accidental deaths from suffocation or strangulation.

Thinking about SIDS can be scary, but it’s important that new families and caregivers know how to keep babies safe during sleep.

The American Academy of Pediatrics (AAP) advises that parents sleep in the same room as their child, but not in the same bed, until the child is at least 6 months old. Don’t bed-share––it’s one of the most common causes of death in babies younger than 3 months old. You may have instincts to want to hold your baby and be as close to them as possible, but they should be in their own crib or bassinet that meets current safety standards.

Babies should always be placed on their backs to sleep at nighttime and for naps until they reach 1 year old. They should be placed on a firm sleep surface.

The Safe to Sleep campaign has been urging parents to place babies on their backs at bedtime since 1994, yet a new study found that only 44 percent of U.S. mothers surveyed reported that they both intend to and always put their babies to sleep on their backs. The study found that while mothers intended to place babies on their backs, they did not always follow through. Mothers mainly cited fear that the baby might choke and that it’s less comfortable than having them sleep on their stomachs. Since the start of the campaign back in 1994, SIDS rates have dropped by half.

Keep the stuffed animals, pillows, comforters, bumper pads and quilts out of your baby’s sleep area. Soft surfaces such as a pillow or comforter can potentially block an infant’s airway if they burrow their face in them. Fitted sheets should be used for the same reason, with no extra blankets.

Babies should sleep in light clothing free of any strings, ties or fabric that covers the head. If you’re worried about your baby being cold, there are blanket sleepers made for infants to help keep them warm without covering their head or face.

Talk to your pediatrician with questions or concerns regarding sudden infant death syndrome (SIDS). Inspira has partnered with Nemours/Alfred I. duPont Hospital for Children to provide around-the-clock pediatric care for children at Inspira Medical Centers in Woodbury and Vineland.

View All News
What to Know About Newborn Jaundice

When a baby is born, doctors screen for dozens of newborn health conditions, including jaundice. Although jaundice is common and usually goes away on its own, some babies require treatment. Understanding this condition can help you know what signs to look for, ensuring your baby gets proper care.

Giving up smoking is one of the best things you can do for your health, regardless of your age or how long you’ve been using tobacco products. Having a personalized plan can help you stay strong when things get tough. Follow these steps to break the habit and improve your quality of life.

Spring is in full bloom, temperatures are rising and grilling season is officially here. With the delicious smell of barbecue in the air, it’s easy to overindulge. Fortunately, there are ways to enjoy flavor-packed foods without compromising your health and wellness. Consider these tips when planning your next outdoor gathering.