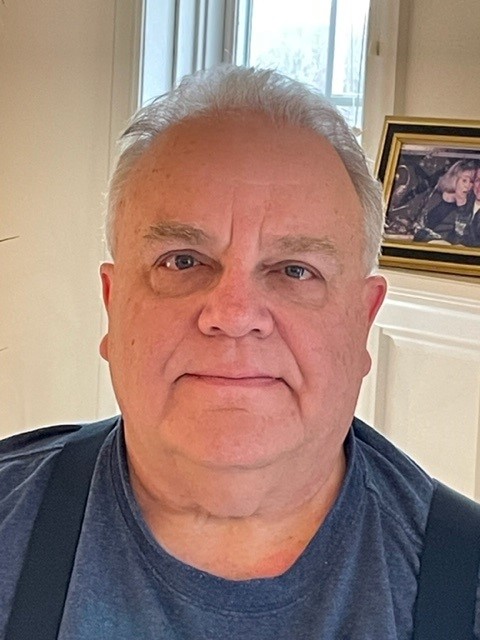 The list of symptoms can be awkward to talk about -- to anyone: urinary urgency, difficulty urinating, frequent urination and nighttime trips to the bathroom are some of the most common. But Eric Ruhle Jr. of Rochester, NY is happy to talk about them – in the past tense.  Like millions of men in their 60s, Eric was experiencing the common symptoms of an enlarged prostate.

It was more than three years ago when Eric first talked to his primary care doctor about the symptoms. Making matters worse, he was constantly tired because frequent trips to the bathroom were ruining his sleep. He also had to plan any trips of more than an hour around easy access to a bathroom.

Eric tried medication prescribed by his primary care doctor and his urologist in Rochester. He initially experienced modest relief, but his symptoms worsened over time.

"I knew I needed to do something permanent that would give me more relief," said Eric.

This desire to find permanent relief led him to research all the options available for the treatment of Benign Prostate Hyperplasia (BPH), the medical term for an enlarged prostate. Eric also understood that if left untreated for too long, BPH could result in permanent bladder and kidney damage. In studying his options, he took success rates, the likelihood of long-term relief, and the side-effect profile of each procedure into consideration.

In studies, Aquablation has been shown to have a significantly lower risk of short- and long-term side effects, including urinary incontinence and ejaculatory disfunction, compared to the more commonly performed TURP procedure. There is virtually no risk of erectile disfunction with Aquablation. Any short-term side effects that do occur, such as frequent urination and blood in the urine, generally clear up in two to four weeks vs. two to four months with the TURP procedure. Studies also show that Aquablation is as effective, and possibly more effective, than TURP.

After ruling out several of the treatments he had read about, Eric decided that a new technique, Aquablation, seemed like the best choice for him. However, no urologist within 300 miles of his home performed the robotic procedure that uses a precise high-powered stream of water to remove excess prostate tissue. By removing, or ablating, tissue that is squeezing the ureter, Aquablation resolves a host of unpleasant symptoms.

If Eric was going to pursue Aquablation, he would need to travel to Boston, New York, Philadelphia or Vineland, New Jersey. After consulting with a friend from Vineland, he decided to schedule an appointment with urologist Thomas Mueller, M.D., and make the 300+ mile drive from his home. Dr. Mueller is the only urologist who performs Aquablation in New Jersey.

"I knew the doctor looked good on paper, but I wanted to make sure Inspira was a good hospital system."

Fortunately, his friend from South Jersey spoke highly of Inspira Medical Center Vineland, giving Eric the additional reassurance that he was making the right choice.

Eric readily admits he went into the appointment with his mind made up. He was going to have Aquablation. But Dr. Mueller talked with Eric as he does all his patients. He thoroughly explained the pros and cons of all the treatment options. In the end, Eric's overall health, degree of prostate enlargement and desire for a permanent solution led Dr. Mueller to advise that Aquablation would be a good choice.

Next steps for Eric included: scheduling surgery for November 21, 2021; booking a hotel near the hospital for six days, as Dr. Mueller recommended; and planning his trip to South Jersey, making sure he had quick access to bathrooms along the way.

On the day of surgery, and the following partial day he spent in the hospital, Eric was impressed with the attentiveness of the physicians and staff. He feels he received more attention during the day and half at Inspira than he did during a previous four-day stay in an ICU close to his home.

"The hospital stay was unlike anything I had ever experienced. It was tremendous," Eric recalled.

Eric was also grateful how easily accessible Dr. Mueller was in the weeks after surgery.

"Probably called him 10 times in the first 3 weeks. Dr. Mueller is unbelievable."

After staying at the hotel for six days, Eric headed back home to Rochester. In about three months, Eric's symptoms resolved. He is no longer tired all the time and he doesn’t need to visit the bathroom every hour.

"Now I go two to three hours without urinating; and no swelling in my legs. It has been a tremendous benefit for me."

At six months post surgery, Eric says he is 98 percent fully recovered, “to the point where I feel like I did in my early 40s. I would say my quality of life is excellent.”

Eric’s quality of life has improved so much that he has come out of retirement to work as the VP of sales for a leading provider of innovative data center cooling solutions.

“I could have never mustered the stamina required to come out of retirement without Aquablation.”

Eric is also using his years of sales experience to convince other men to consider Aquablation. To date, he has referred to two friends to Dr. Mueller to discuss the minimally invasive procedure.