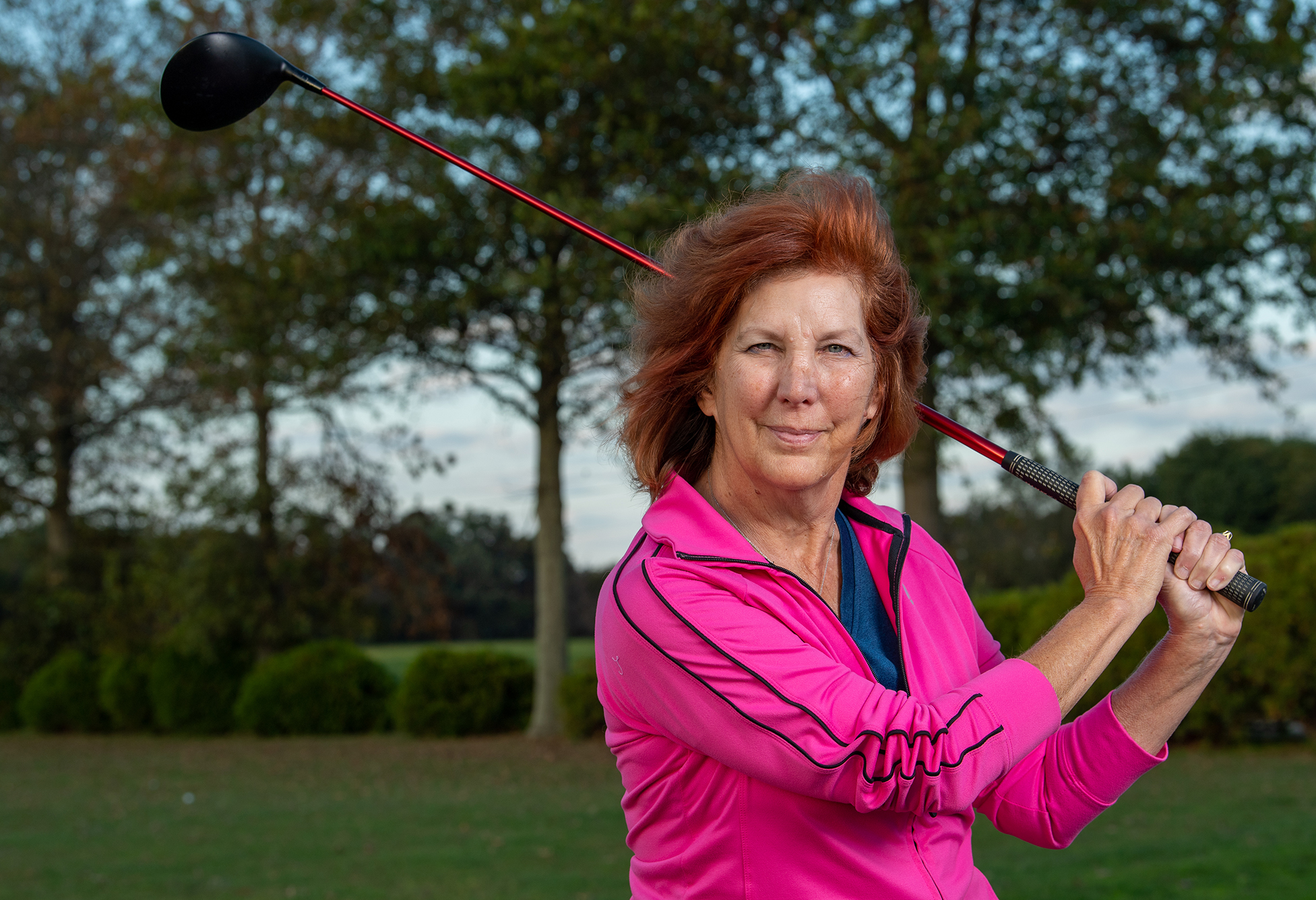 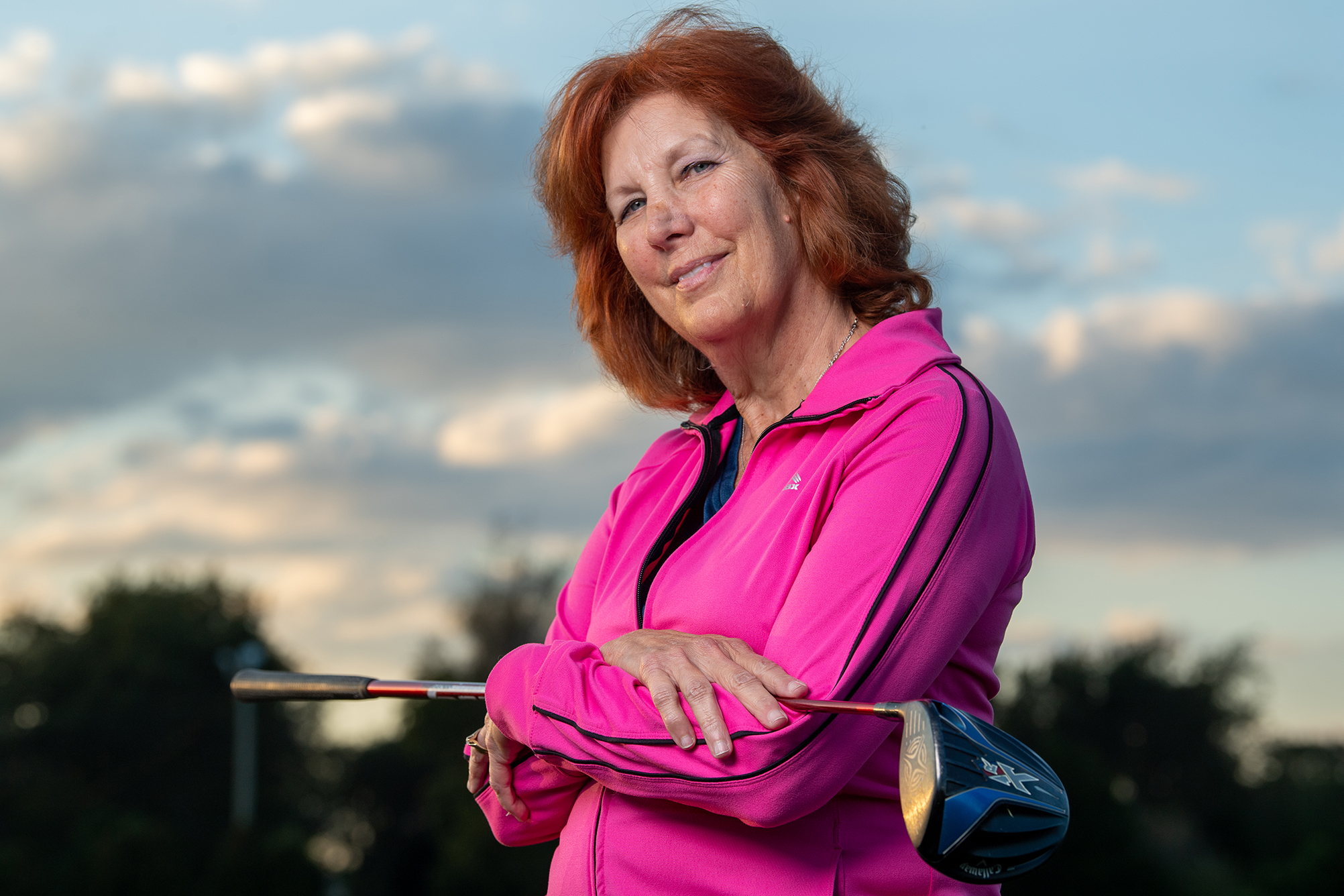 One moment stands out among the rest for Donna Piatt of Vineland. It happened during her first visit with surgical oncologist Nandini Kulkarni, M.D. "She told me, ‘Over 90% of early stage breast cancer patients survive.'"

With that one statement, Dr. Kulkarni gave Donna a precious gift, the gift of hope.

"She always gave me hope, always; as well as her entire staff. They are so compassionate and caring," said Donna.

Now, 11 months since her last treatment, and two clean mammograms later, Donna recalls the moment with exceptional clarity.  "Nothing [else] mattered, except the words ringing in my ears, ‘Over 90% of early stage breast cancer patients survive.'"

Donna's cancer journey began on Christmas morning 2018. She awoke with soreness and swelling in her right breast. Initially, she thought she had pulled something, maybe while playing golf. When the swelling went down, she felt a lump in her breast. She saw her primary care doctor, Douglas Hargrave, D.O., a few days later. He referred her to Dr. Kulkarni, Inspira Health's medical director of Surgical Oncology. He also explained that Inspira had all of the services and expertise she would need.

Donna learned that she would need two lumpectomies because her mammogram and subsequent biopsies identified cancer in both breasts. She wouldn’t know about the potential need for additional surgery, until her surgical pathology report was completed. As she awaited the pathology findings, she drew strength from her strong faith and the faith community that surrounded her, including the members of her weekly Bible Study group. They met on Tuesday evenings, and it was on such a night that Donna received the call from Dr. Kulkarni. The news was good! Her margins were clear and there was no significant involvement in her lymph nodes—no further surgery would be needed. She immediately called the home where her Bible Study group was meeting, but the phone went unanswered.

After the surgery, Dr. Kulkarni collaborated with two of her colleagues at the Frank and Edith Scarpa Regional Cancer Pavilion located on the campus of Inspira Medical Center Vineland. As a team, she and medical oncologist Omar Al Ustwani, M.D., and radiation oncologist Joseph Fanelle, M.D., developed a plan that included five months of chemotherapy and seven weeks of radiation treatments.

Throughout her treatments, Donna was comforted and impressed by the doctors, nurses and therapists who cared for her.

"Dr. Al Ustwani–I couldn't pick a better doctor. He is so compassionate. He told me ‘You can do this,’ and I believed him. It is so important how you approach it mentally, how you go through it. Dr. Fanelle [is compassionate] as well. I liked all of my doctors. There are so many people involved in this journey and each has an essential role to play."

The comprehensive team approach was exactly what Donna needed, and she was glad to find it close to home. "You don't need to go over a bridge to find it," said Donna. "It's right here," her husband added.

Donna found the infusion and radiation therapy teams to be fully focused on her comfort and well-being. "They couldn't have taken better care of me. They were all top notch," she said.

During her treatment, Donna's positive attitude, and love of golf (playing and teaching), kept her active and outdoors. She wasn't given any explicit physical restrictions, so Donna figured there was only one way to determine what she was physically capable of doing.

"...there was only one way to find out– I played 18 holes. I sat down when I could, but I played 18 holes,” Donna recalled. “Also gave a few lessons during my treatment. As a matter of fact, after my last chemo treatment we had a junior golf camp a week later."

Today, Donna is out on the golf course as often as the weather allows. Whether playing or teaching, her passion for the game, and for life, is hard to miss. And when she shares her cancer story with others, she passes along that most precious gift–the gift of hope.

“At Inspira, we are here for your entire cancer journey. Our cancer services team will be with you every step of the way so that you can return to your passions.”
–Amy Mansue, president and CEO, Inspira Health

View All News
Taking Care of Yourself During Cancer Treatment

In 2018, the National Cancer Institute reported 18.1 million new cancer diagnoses worldwide. Receiving a cancer diagnosis is never easy. But no matter where you are on your cancer journey, there are people, resources and teams of health care professionals ready to help you. Cancer treatment is not just treating the malignant components of your diagnosis, but also tending to your physical and mental health needs.

Lung cancer is the leading cause of cancer death in the United States. It is considered a silent killer because symptoms typically don’t appear until after the cancer has spread—and when it is far more difficult to treat.