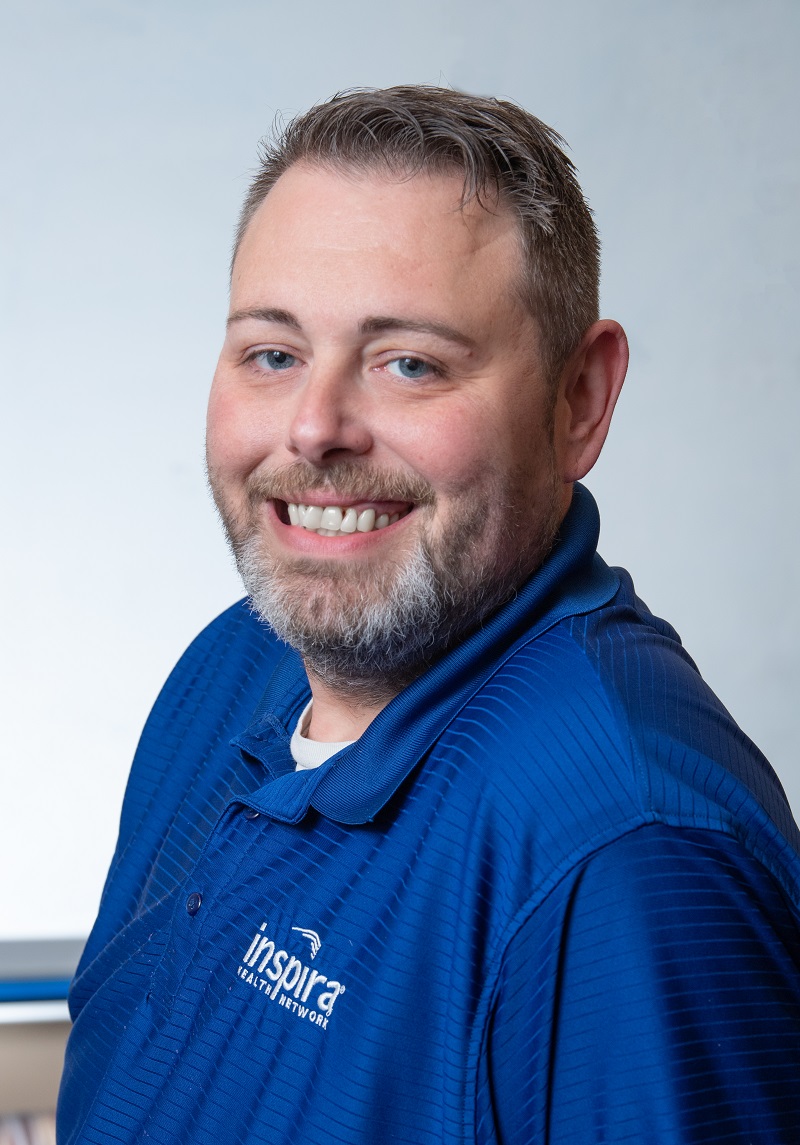 He knew he should quit. Other people, including health care professionals, urged him to quit. But Todd decided it was time to try to quit for good only after his Inspira primary care physician, Bac X. Nguyen, M.D., asked him a simple question.

“Dr. Nguyen was the first one I ever remember saying to me, ‘Have you ever thought of quitting?’,” Todd said. “For some reason, being asked if I had thought of it, rather than being told that I had to, made all the difference.”

Dr. Nguyen made the referral to the Inspira Quit Center. Within two days, Todd got a call from Marietta Clendaniel, a certified tobacco treatment specialist at the Quit Center, and signed on. His last cigarette was on March 8, 2022. It’s the longest that Todd, now 43 and an associate project manager at Inspira, has gone smoke-free since he began smoking at 18 years old.

“I quit several times, I thought successfully,” he said. “But, then within three or four weeks, some stressor would just make it too easy to reach for a cigarette again. This time, with help from Marietta and other counselors and program participants, I’m realizing that cigarettes don’t take the stress away. They just distract you from it for about five minutes. It’s still there. You have to address the reasons for the stress.”

Though that may sound like a challenge, Todd said that his counselors, Marietta and Tiffany Carter, “made everything so relaxed.”

“One of the things I came to recognize more fully was that it isn’t just negative stress that makes reaching for a cigarette easy,” he said. “It was also something to do during good times or when you were out enjoying yourself with friends.”

The first Quit Center meeting, like many things during the covid era, was virtual.

“They instantly made me feel comfortable,” he said. “I never felt like a number. There was no pressure. They understand that everyone is different, and they help you follow the program to the best of your individual ability.”

The Quit Center uses a variety of methods to help smokers stop tobacco use. That can include, as it did for Todd, the use of nicotine replacement therapies, such as lozenges, gum or patches in addition to the counseling and support sessions. The program offers comprehensive, no-cost services, whether a participant is trying to quit smoking, vaping or the use of smokeless tobacco products.

The Quit Center is currently offering all its group sessions virtually. Plus, one-to-one counseling can be face-to-face or over the phone.

Todd said that there were some unexpected gains from being smoke-free for a longer period.

“My sense of smell has gotten much better,” he said. “I didn’t even realize that I wasn’t able to smell things well until I stopped for a while. And food tastes pretty good now too!”

Todd said that the Quit Center program addresses one serious concern that smokers wishing to stop often have: that they will replace the nicotine addiction with another, such as an increase in eating.

“The counselors address that issue upfront,” Todd said. “As a group we broke down all things that can trigger the urge to smoke and the things than be affected by smoking, but also the things that can happen when you stop smoking. It helped that they acknowledged that right away and gave us a way to start thinking about it and planning for it.”

Todd said that even though he is well on his way to a smoke-free future, he has continued to stay active in the group sessions.

“Quitting for good can be a struggle every day,” he said. “By staying in the groups, I meet new people. We can discuss our quitting experiences and help each other. If a group member does smoke a cigarette, it’s not viewed as a failure. The counselors ask what triggered the urge to smoke and what that person can do to deal with that trigger more effectively next time. I’ve never felt more comfortable talking in a group setting. It has been a great help."

It was May 11 when Daniel Hickey of Pittsgrove Township began experiencing symptoms that raised suspicion he might have COVID-19. Although a test confirmed it a few days later, his symptoms were mild enough that managing them at home was reasonable. Hickey was sure he could ride it and would soon feel better, even as his symptoms progressed.

"Happy!" That’s how Miguel Veragallardo summed up his feelings after learning he would soon be discharged from the hospital. The 50-year-old resident of Cedarville was one of the first patients admitted to Inspira Medical Center Vineland for treatment of COVID-19. In total, he spent 33 days in the hospital, nearly four weeks of which were in the ICU.