Shark Week is here again! According to a recent survey, more than half of Americans are terrified of sharks, and 38 percent even avoid ocean swimming because of the predators. But just how prevalent are sharks, and what else should you be looking out for when swimming at your favorite beach? 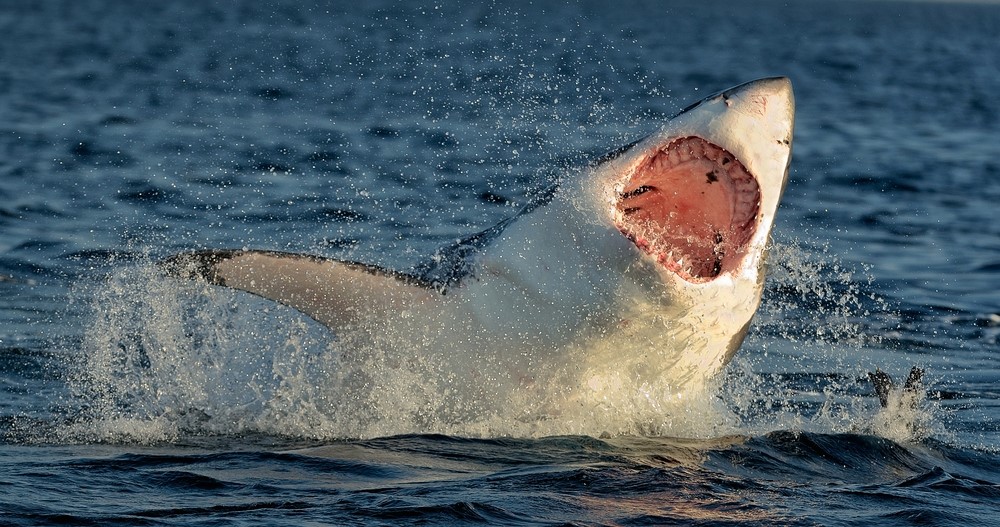 Shark week is a good opportunity to educate people about shark bites that are actually less prevalent than many people think as well as several types of aquatic stings and bites that are more likely to affect beach-goers in our area,” says Matthew Warner, M.D., board certified emergency medicine physician at Inspira Medical Center Vineland. Here are some tips to avoid, and if needed, treatments for aquatic bites and stings this summer.

Jellyfish
Anyone who swims in the ocean has likely come face-to-face with a jellyfish. These gelatinous creatures drift and swim in a variety of ocean depths and temperatures, but those spotted by the coast are usually about the size of your outstretched hand. Their tentacles have stingers that can be activated through even the slightest contact with skin.

Jellyfish stings impact each person differently but they usually result in mild or moderate irritation and redness. If stung, you should remove the barbed stinger with tweezers, then submerge the affected area in hot water for several minutes. Most jellyfish stings do not require medical attention.

Recently, however, a new species of jellyfish—known as the clinging jellyfish—has been found on the Atlantic coast. These smaller jellyfish can be difficult to spot but prefer less populated waters and avoid humans. Their stings are more severe and can require medical attention.

Sea Lice
Jellyfish aren’t only harmful as adults. Stings from jellyfish larvae—known as sea lice for the itchy, red marks they leave behind—have been reported across large swaths of the New Jersey shoreline in recent years. The larvae are only a few millimeters in size—making them difficult to spot with the naked eye— and get caught in hair and clothing, which can lead to repeated stings.

If you experience itchiness, irritation and redness from sea lice, it’s important to remove any clothing they may be attached to, rinse off and apply topical treatments like chamomile. Jellyfish larvae peak between April and July.

Sharks
Scientists are following the recent shoreline shark sightings believed to be caused by increased seal populations. Shark attacks have actually been down globally over the last two years with less than 100 reported attacks around the world, according to the Shark Research Institute’s Global Shark Attack file. In New Jersey, there hasn’t been an unprovoked shark attack since 2013. Thankfully, that attack, in Ocean County’s Bay Head, was non-fatal and the victim recovered from their injuries.

The best ways to prevent a shark attack are to swim in groups near the shore, avoid waters where fishing bait or a school of small fish are present, and avoid swimming if you have an open wound, as sharks are attracted to the smell of blood.

Inspira offers convenient urgent care locations, open 7 days from 8 am to 8 pm and four emergency rooms open 24/7. If you’re heading to an urgent care you can check wait times and get in line before you head there.

Inspira Health continues to expand amidst the pandemic, cutting the ribbon at its newest facility, Inspira Health Center Woolwich. The brand new 20,000 square ft. facility collocates six services including Primary Care, Urgent Care, Sports Rehab Care, Imaging, Sleep and Balance. Sports Rehab Care is the first to open its doors and is currently serving patients. All other services will open by late Spring.

Read More
Reasons some men avoid going to the doctor

Denial, machismo, and busy schedules are some of the reasons men avoid going to the doctor. Greg Herman, M.D. discusses these reasons and reminds men to make that check-up appointment.

Read More
Common GI Conditions and How They are Treated

Gastrointestinal disorders can be difficult to talk about. With a broad range of symptoms impacting your digestive tract including persistent diarrhea, urgent need to move bowels, constipation, excess gas, cramps and bloating, it’s not something people want to necessarily scream from the rooftops.