Parkinson’s can impact a patient’s ability to communicate with others.  Soft voice, hoarseness, monotone, mumbled speech, and rapid speech are the most commonly reported voice and speech issues associated with Parkinson’s.  Parkinson’s also affects communication by creating a mismatch between how you think you’re talking and how you actually sound.

A speech treatment called LSVT LOUD is used for treating voice and speech disorders in individuals with Parkinson’s disease. It has helped people in all stages of Parkinson’s but has been found to be the most effective for those in the mild to moderate stages of the disease.  LSVT LOUD focuses on a target of increasing vocal loudness to normal levels; however results are shown to improve much more than just loudness.  It delivers the treatment in an intensive, high-effort manner.

Parkinson’s can make your speech become soft or slurred. You may feel like you’re talking at a normal level, but the reality is that people may have trouble hearing you. LSVT LOUD helps you develop and become comfortable with speaking at a volume that sounds normal to you as well as others.

An LSVT LOUD certified speech-language pathologist works with people to improve their voices in a healthy way without strain. While the program does target vocal loudness, it has also been shown to improve articulation, intonation (the rise and fall of the voice when speaking), and even use of facial expressions. Early stages of Parkinson’s can cause a person’s face to show little or no expression, so improving this can help a person feel like they’re able to express their emotions better to those they’re communicating with.

After someone completes the LSVT LOUD treatment program, they should continue to practice their vocal exercises a few minutes each day by themselves and in the community to maintain the skills they learned.

Inspira Health’s Speech Language Pathology department offers the LSVT LOUD program at specific locations across the region. Patients and caregivers can call 1-800-INSPIRA to learn more or to enroll. 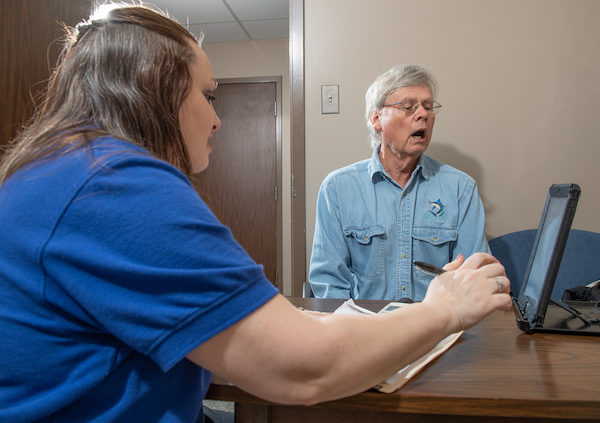 With the holidays approaching, it’s easy for our fitness plans to go by the wayside. Fortunately, by making a few adjustments, you’ll have no problem staying fit throughout the season. Here are six tips for staying active amidst the holiday hustle and bustle.