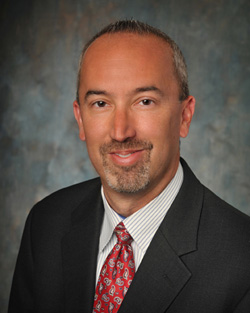 
MULLICA HILL, NJ (June 18, 2014) — Inspira Health Network recently announced that Thomas Baldosaro will serve as the organization’s new chief financial officer. He will lead financial operations for the network, including its three medical centers and all of its satellite facilities.

Baldosaro has more than 20 years of healthcare finance leadership experience in southern New Jersey. He has served as Inspira’s vice president of finance since 2006 and prior to that, worked as the network’s controller.

During his 13-year career at Inspira, Baldosaro played a key role on the financial team that helped to successfully open the state-of-the-art Inspira Medical Center Vineland in 2004. He has also negotiated several successful managed care contracts for the health network that have resulted in significant revenue increases.

Most recently, Baldosaro played an important role in the merger of South Jersey Healthcare and Underwood-Memorial Hospital to form the Inspira Health Network. He has been instrumental in the financial consolidation process that has already saved the organization millions of dollars.

“In this rapidly changing healthcare environment, Inspira Health Network is fortunate to have Tom’s expertise to advance our strategic growth and maintain our fiscal responsibility,” said John DiAngelo, Inspira Health Network president and CEO. “Tom will help to ensure that we meet our strategic objectives, maximize our resources and further our mission to provide the highest quality care to everyone we serve.”

Prior to joining Inspira, Baldosaro served as vice president of finance and acting chief financial officer at Southern Chester County Medical Center. He also spent eight years at Memorial Hospital of Burlington County, where he was a part of the team that formed the Virtua system through a merger with West Jersey Health Systems.

Baldosaro studied accounting at Stockton State College and is a certified public accountant and a certified healthcare financial professional.

Together with its medical staff of more than 1,100 physicians and other care providers, Inspira Health Network provides evidence-based care to help each patient achieve the best possible outcome. Clinical and support staffs are focused on providing safe care in a safe environment.

Inspira Health has selected Dynamis Advisors (Dynamis) to design a revitalization plan for the remainder of its Woodbury campus, which is currently under redevelopment.

Digital news platform Money, in partnership with The Leapfrog Group, has named Inspira Medical Centers Elmer and Vineland, part of Inspira Health, each as a 2022 Best Hospital for Maternity Care.