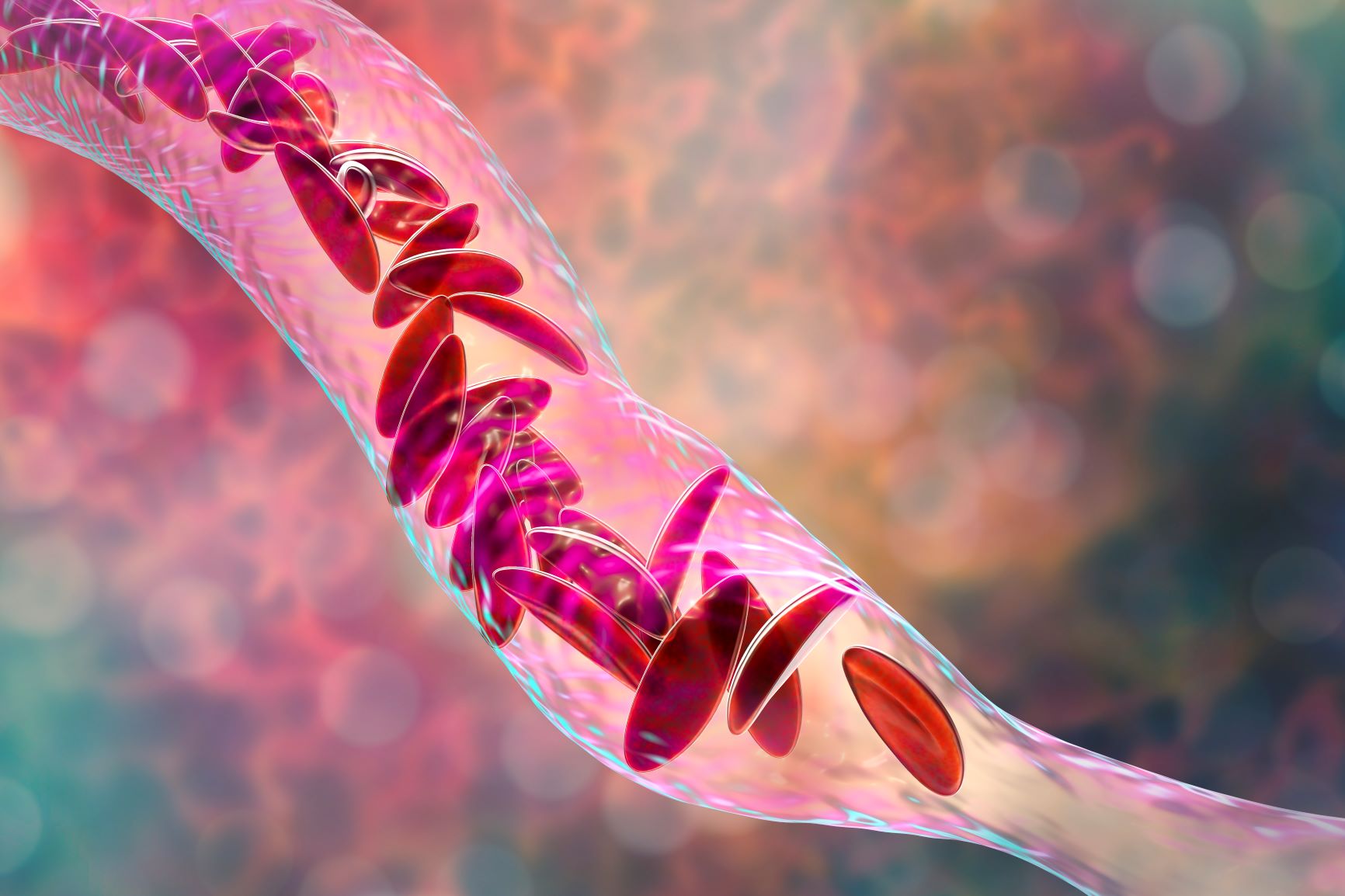 Blood disorders, while relatively uncommon, can be very detrimental to the body if not treated properly. Of all inherited blood disorders, the most common form is sickle cell anemia, more commonly known as sickle cell disease (SCD). Affecting anywhere from 70,000 to 100,000 people around the world every year, SCD impacts the way red blood cells carry oxygen throughout the body.

“In a patient living with SCD, red blood cells become hard and sticky, taking the shape of a C-shaped farm tool called a ‘sickle,’ which is where the name comes from,” said Thomas McAndrew, M.D., primary care physician at Inspira Medical Group Primary Care Clarksboro. “Sickle cells die early, which can cause a consistent shortage of red blood cells in the body, leading to serious pain and the onset of other health conditions.”

There are three common forms of SCD: HbSS, HbSC and HbS beta thalassemia. Each of these types varies in how they affect the red blood cells. Which type someone has is determined by the genes that are passed along from each of their parents. HbSS—caused by inheriting sickle cell genes from each parent—is considered to be the most severe form of SCD.

SCD is a genetic condition inherited when a child receives two sickle cell genes. While often believed to only affect Black people, it is in fact possible for it to occur in any race of people. It is diagnosed with a simple blood test, and most often, its presence is detected during routine screenings given to newborns. SCD can also be diagnosed before birth if there are other risk factors present in the parents.

“People who are diagnosed with SCD usually show symptoms within their first year of life, most commonly around 5 months of age,” said Dr. McAndrew. “The symptoms range greatly depending on each person, with some patients experiencing only mild symptoms and others presenting with severe ones.”

There are a variety of treatment options, the effectiveness of which varies from patient to patient. In teenagers and children, SCD may be curable with either a bone marrow or a stem cell transplant.

“Stem cell transplantation and bone marrow transplants are the only two known cures for SCD,” said Dr. McAndrew. “They’re also only effective for adolescents and young children, but because hospitals test early in the child’s life, most cases are caught early on.”

These transplants come with significant risks, and can have serious side effects. In order for the transplant to work properly, the bone marrow has to be a near identical match, which usually can be found in a patient’s brother or sister.

View All News
Fighting the Flu: Do These Home Remedies Work?

The aches, pains, chills and fever of the flu are downright uncomfortable. Your doctor will most likely recommend you get plenty of rest and fluids to fight the flu—antiviral medications can be prescribed if the flu is caught within 48 hours, or if you’re at high risk for complications or you have a severe case.


Read More
A Look at The Three Most Common Mental Illnesses

Now more than ever, mental illness is at the forefront of the public health discussion. Recent research shows that mental illness is more common—and much more severe—than previously believed. No longer are people being told to “toughen up” or “just don’t think about it.” Instead, they’re being treated with the same urgency and level of care that a physical injury would get.