Learn more about the faculty and staff for the Pharmacy Residency at Inspira. 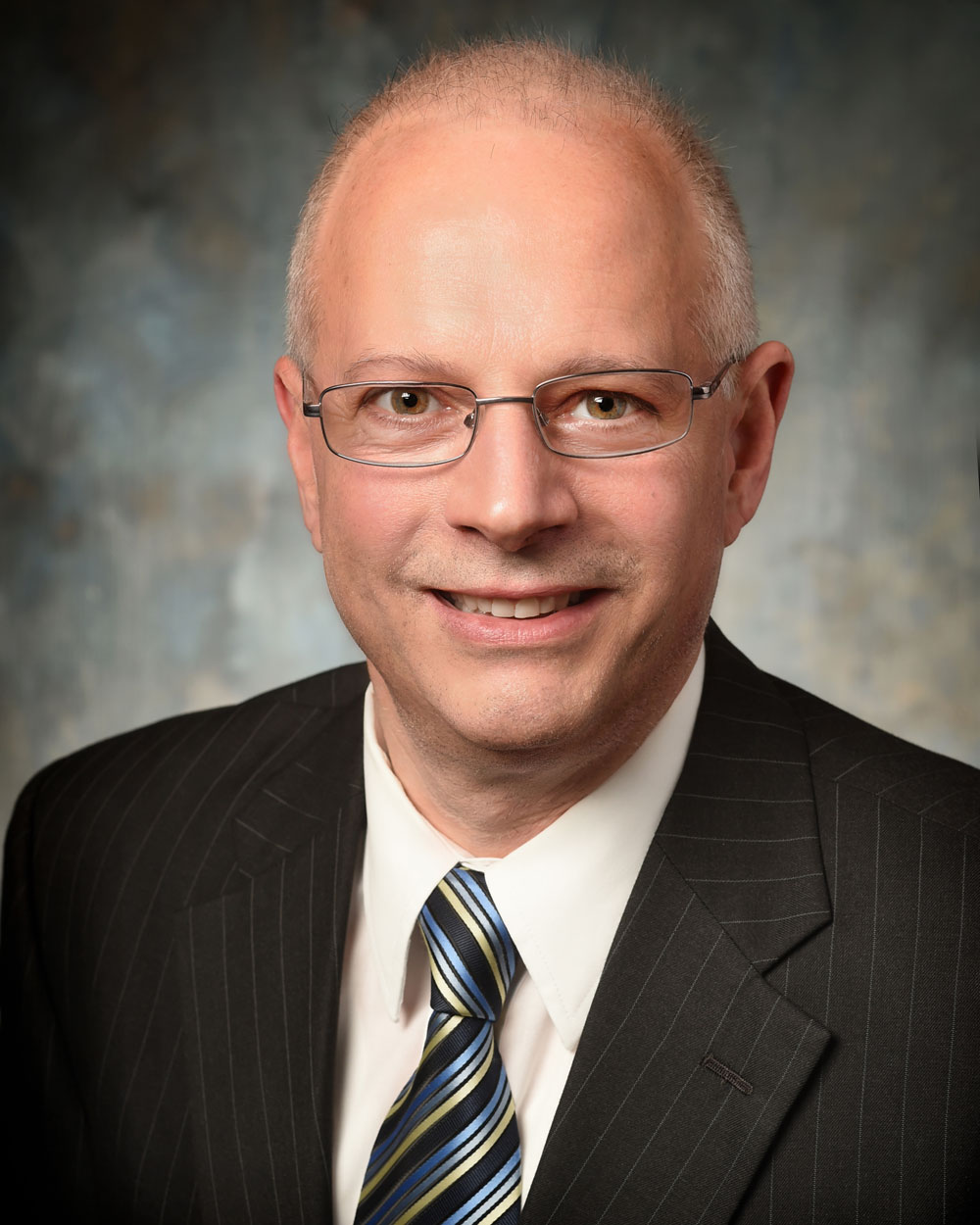 Joseph joined Inspira Health in 1995 as Director of Pharmacy Services. He has over 40 years of pharmacy practice experience. He received his Bachelor of Science in Pharmacy from Temple University School of Pharmacy. Prior to joining Inspira Health, Joseph held pharmacy leadership positions at The Children’s Hospital of Philadelphia and Thomas Jefferson University Hospital. In his current position as Vice President of Clinical Services for Inspira Medical Center Vineland and Elmer, Joseph oversees multiple departments including Pharmacy, Cardiopulmonary, Radiology, Food/Nutrition, and Laboratory. Throughout his career, Joseph has displayed his commitment to education of pharmacy students through his affiliations with local pharmacy schools as Adjunct Faculty/Professor and IPPE/APPE Student Preceptor. In 2009, Joseph was designated a Fellow of ASHP for his commitment/contributions to excellence in pharmacy practice, contribution to the total body of knowledge in the field, demonstrated active involvement and leadership in ASHP and other professional organizations, and have actively been involved in and committed to educating practitioners and others. 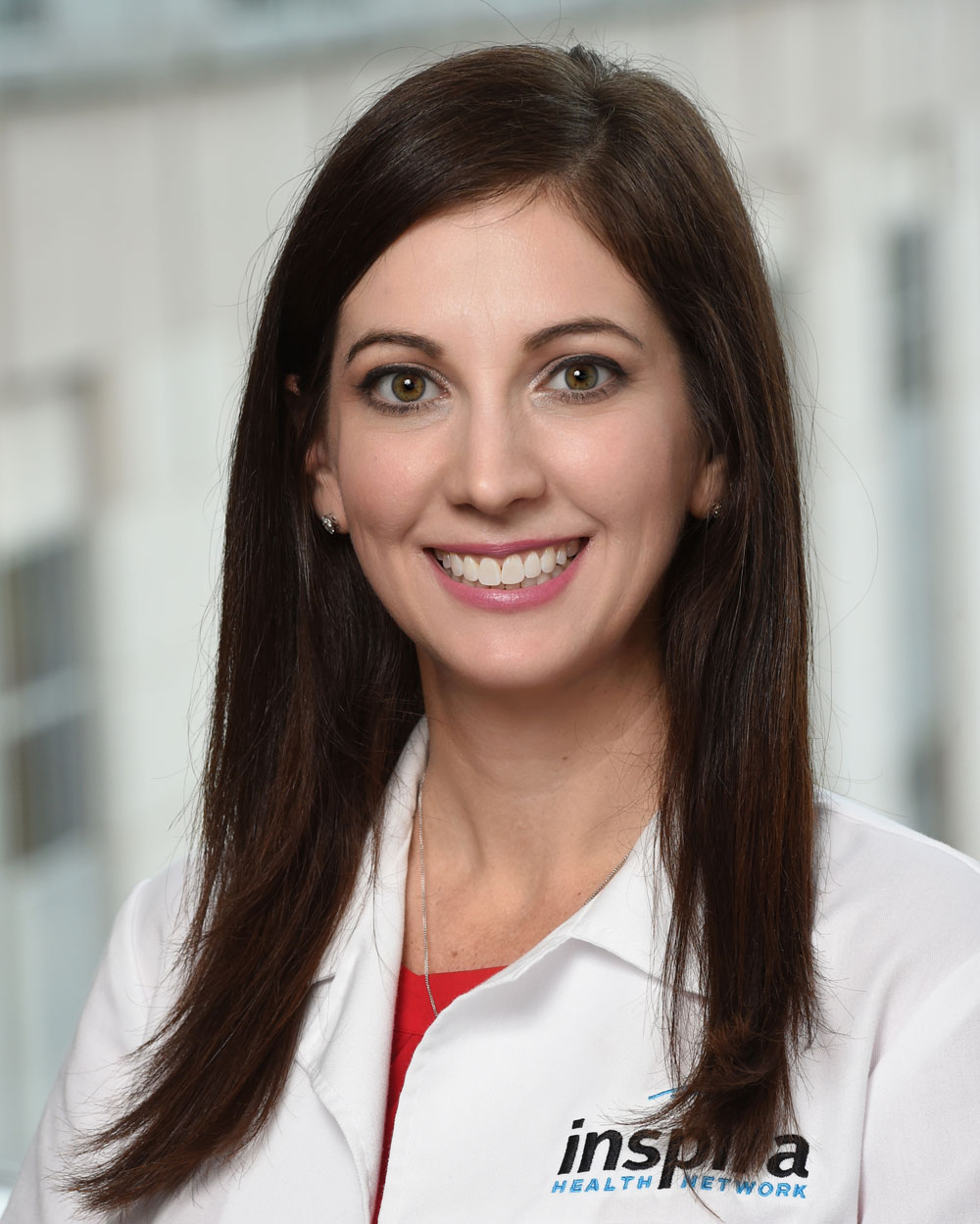 Jeanine joined Inspira Health in 1995 as a pharmacy technician while attending pharmacy school. She graduated from Philadelphia College of Pharmacy and Science in 1999. Following graduation, Jeanine was hired as a Graduate Intern and shortly after as a Staff Pharmacist.  Within a year of graduation, she accepted the newly created position as Clinical Pharmacist. In 2005, Jeanine was promoted to Pharmacy Clinical Coordinator and she now serves as the Pharmacy Residency Program Director. She coordinates all activities of the hospital’s Pharmacy & Therapeutics Committee. She currently serves as a member of various multidisciplinary hospital committees including Pharmacy & Therapeutics Committee, Critical Care Committee, Cancer Committee, IRB, Falls Task Force, Code Blue Committee, Antimicrobial Use Committee, and Infection Control. Jeanine is responsible for oversight of clinical activities of the department as well as working with the Director to maintain compliance with hospital accreditation standards for medication management. 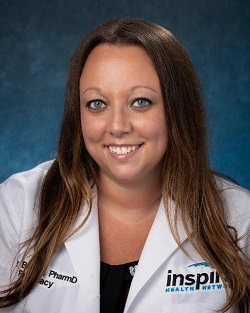 Jody has been at Inspira Health since 2007 and serves as pharmacy preceptor for population health and ambulatory care rotations. Graduating in 2003 from University of the Sciences, Philadelphia College of Pharmacy, Jody began her career as a retail pharmacist at Rite Aid Pharmacy. In 2007, she pivoted her career path from retail to healthcare, joining Inspira as a staff pharmacist.  Over the past 15 years, Jody has implemented a pharmacist care transitions program, consulting pharmacy services at Inspira LIFE, and integrated pharmacy services into the ambulatory setting.  Additionally, she has worked at Enclara (clinical pharmacist and contributing author to the Enclara 2012 Medication Utilization Guidelines), Einstein Medical Center (staff pharmacist), and Jefferson Health Systems (staff pharmacist). Jody received Joint Board for Certification of Consultant Pharmacist in 2013 and Commission for Certification in Geriatric Pharmacy in 2014.  Jody also has certification in Medication Therapy Management, Pharmacist and Patient Center Diabetes Care and Immunization, all through APhA.   Currently, she works in the Inspira Population Health Department, where she received recognition from New Jersey Department of Health as a Population Health Hero Award for Outstanding Performance in Individual/Clinical Impact for 2017 and the NJBIZ Healthcare Heroes award for Education Hero 2017.    She was honored with University of the Sciences, Philadelphia College of Pharmacy 2017-2018 Preceptor of the Year.  Jody’s recent project “Utilizing Dulaglutide in a Clinic Setting” recently received New Jersey Hospital Association’s 2020 Quality Improvement Award.  Jody has presented her research and quality improvement projects at ASHP and ASCP.  She also serves as APPE and IPPE preceptor for University of the Sciences, Philadelphia College of Pharmacy and Jefferson College of Pharmacy.    Jody is an active member of ASHP and ASCP.  Jody enjoys teaching students and showing them opportunities for pharmacist involvement in the ambulatory setting.  She looks forward to sharing this knowledge with residents as well. 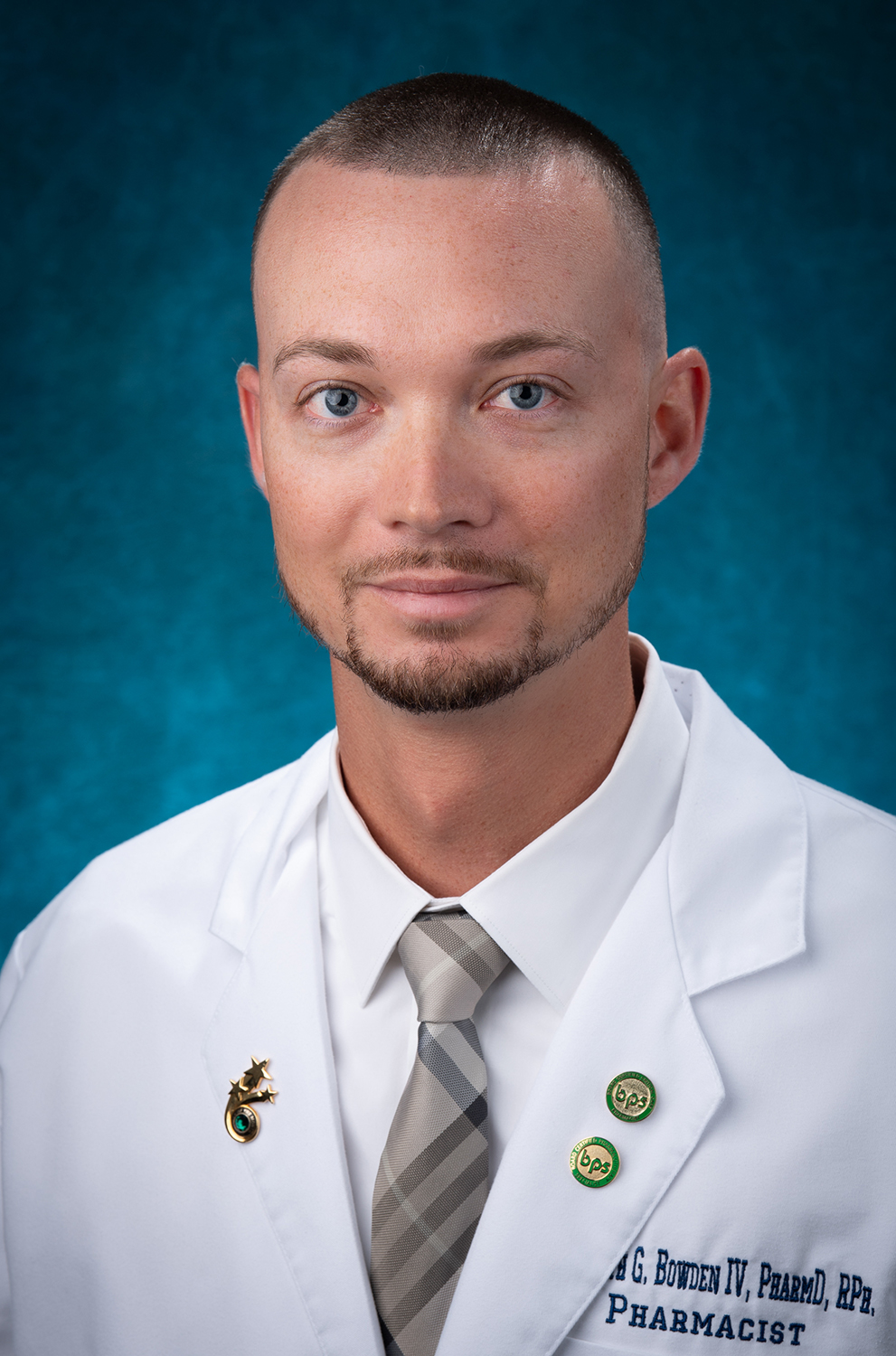 Firth joined Inspira Health in February of 2017. He was a 2010 graduate of the Philadelphia College of Pharmacy, where he excelled in critical thinking, earning the GlaxoSmithKline award in Clinical Pharmacy. Following graduation, Firth took on his first leadership role as Pharmacy Manager with the Rite Aid Corporation. Wanting to practice in a more clinical role, Firth made the decision to begin his hospital venture at The Memorial Hospital of Salem County. Just a short time after his hire, he was promoted to Clinical Pharmacy Coordinator, where he was able to apply his skills on a daily basis in the intensive care unit.

This experience fueled his passion for critical care. Firth has since become a board certified Pharmacotherapy Specialist, and most recently, joined a small percentage of pharmacists as a board certified Critical Care Pharmacist. Firth looks forward to sharing his knowledge and mentoring pharmacy residents in his new role as a critical care preceptor. 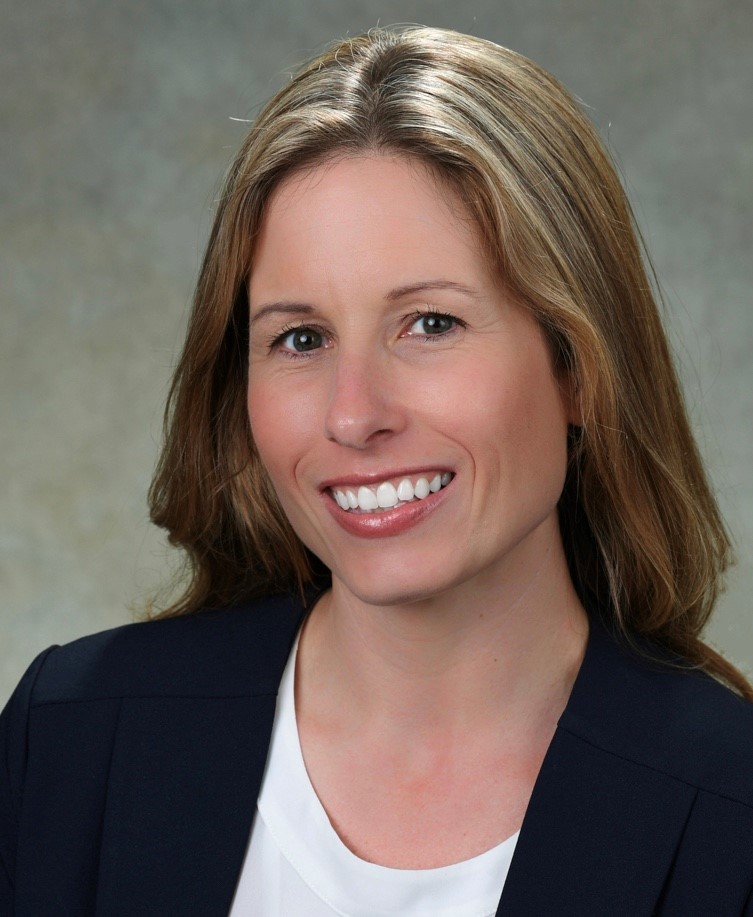 Melanie joined the pharmacy team after completing her PGY-1 pharmacy practice residency at Inspira Medical Center in 2018. Prior to residency, she earned her Doctor of Pharmacy from Temple University School of Pharmacy in Philadelphia PA and her bachelor’s degree in Psychology with a concentration in neuroscience from the University of Connecticut in Storrs CT. Melanie is the preceptor for the Behavioral Health Rotation as well as the co-preceptor for the Emergency Medicine Rotation. 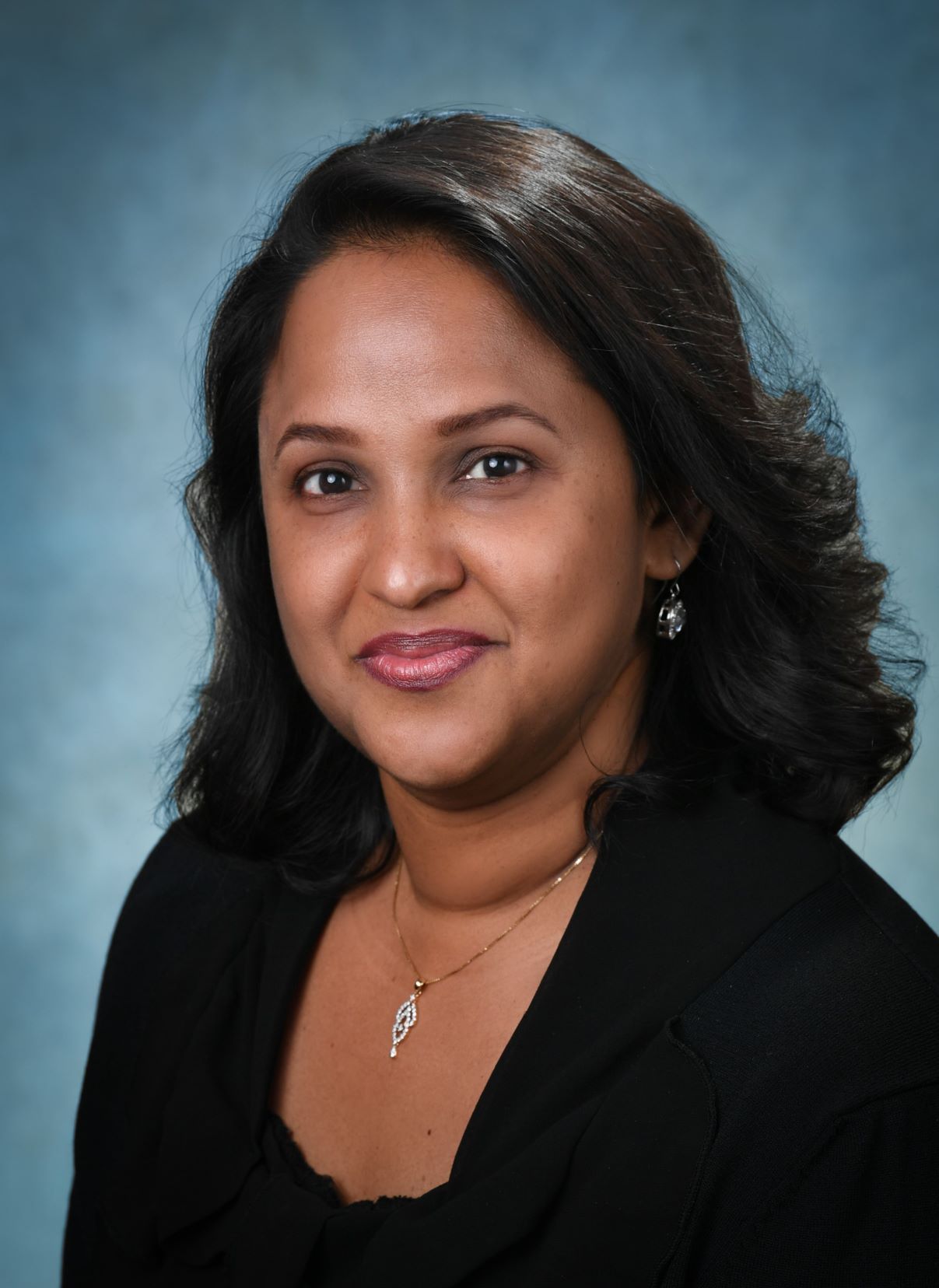 Sini has been part of Inspira Health since 2011 and currently serves as a preceptor for the general pediatrics/neonatology department residency cycle. After graduating from Dr. M.G. R.University pharmacy school in India and passing her US equivalence exam, she has worked 7 years in retail pharmacy and 8 years in the hospital pharmacy setting. In 2015, she earned her certification in medication therapy management.  She is a board certified geriatric pharmacist and a board certified pharmacotherapy specialist. 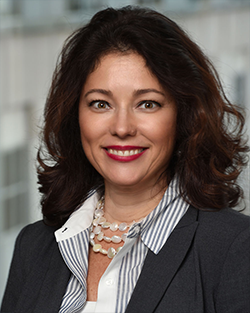 Sabrina has been with Inspira Health since 2004.  She began her Inspira career as a staff pharmacist at the Elmer campus, was promoted to manager in 2012 and became the operations manager for Vineland and Elmer in 2014.  She became Director of Pharmacy in March, 2015. She graduated as a dual major (BS in Pharmacy and BS in Biology) from the Philadelphia College of Pharmacy and Science.  She received her Juris Doctor degree from Rutgers School of Law, Camden.  Sabrina oversees 3 campuses, managing more than 45 employees.  She sits on numerous committees (Falls Task Force, Value Analysis, Pharmacy and Therapeutics Committee, Critical Care Committee, Executive Patient Safety Rounds and Employee Patient Connection Committee.)  Sabrina is responsible for managing a multi-million dollar pharmacy budget, while promoting safety and stewardship. 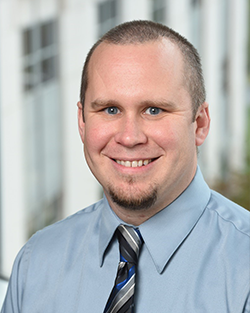 Craig has been at Inspira Health since 2010 and serves as the residency program coordinator and preceptor for the Infectious Disease and Research residency cycles. Following graduation from the Rutgers University Ernest Mario School of Pharmacy in 2010, Craig has served as the Inspira Antimicrobial Stewardship pharmacist. He received a certification in Antimicrobial Stewardship through the Society of Infectious Disease Pharmacists in 2012 and board certification in pharmacotherapy in 2014. Craig currently serves as the co-chair of the network wide Antimicrobial Use Committee, as well as being a member of the Infection Control Committee and Nursing Research Council. 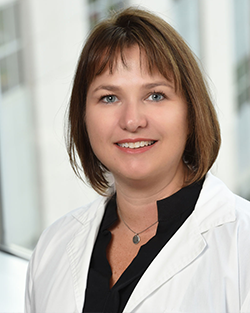 Heather has been with Inspira Health since 1995 and serves as a clinical pharmacist and preceptor for the Internal Medicine Transition of Care, and Longitudinal Ambulatory Outpatient rotations.  She graduated from the Philadelphia College of Pharmacy and Science in 1993.  Heather served as a staff pharmacist until 2002 when she began her role as a clinical pharmacist. She serves as a preceptor for IPPE and APPE students and is responsible for coordinating their rotation schedules.  In 2015 Heather earned her certification in Medication Therapy Management.  She is a member of the Pharmacy and Therapeutics Committee and the Institutional Review Board. 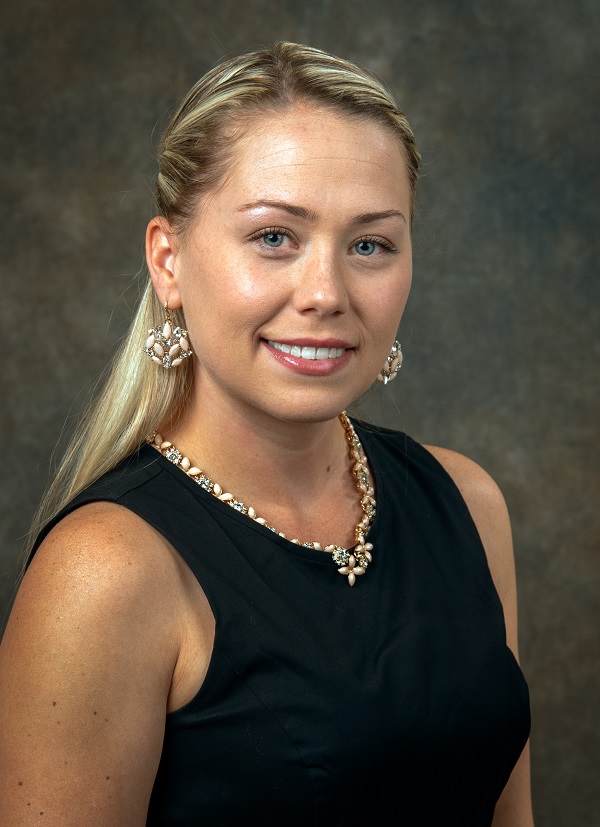 Ashley graduated Temple University in 2018 with her Doctor of Pharmacy degree. She completed a PGY1 pharmacy practice residency with Inspira Health in 2019 and joined the Inspira Health pharmacy team shortly after. In the same year, Ashley earned a board certification in pharmacotherapy. Ashley is the preceptor for the ambulatory care clinic-based elective rotation. She is also new member of the antimicrobial stewardship committee. 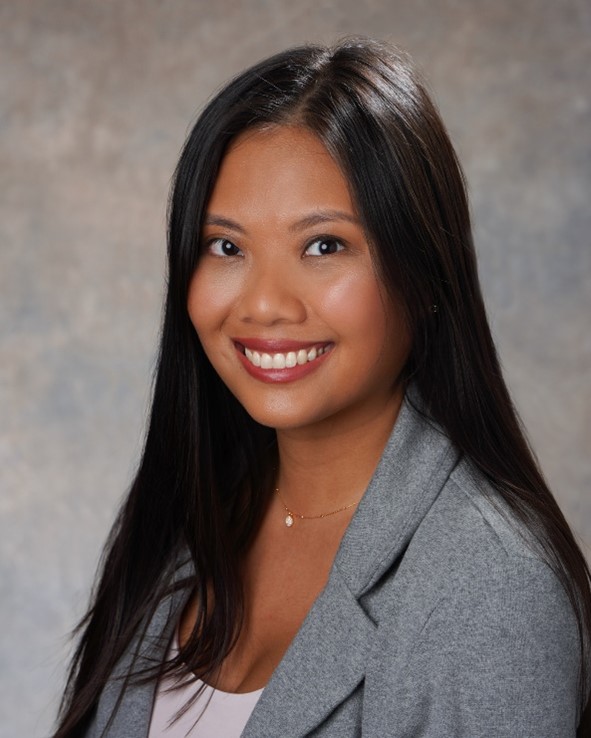 Tiffany completed a PGY-1 pharmacy practice residency with Inspira Health in 2021 and joined the Inspira Health pharmacy team shortly after. Prior to residency, Tiffany earned her Doctor of Pharmacy from Lake Erie College of Osteopathic Medicine in Erie, PA and her bachelor’s degree in Biology with a minor in Computer Science from Stockton University in Galloway, NJ. Tiffany is the co-preceptor for the ambulatory care clinic-based elective rotation and a member of the Opioid Stewardship Committee. 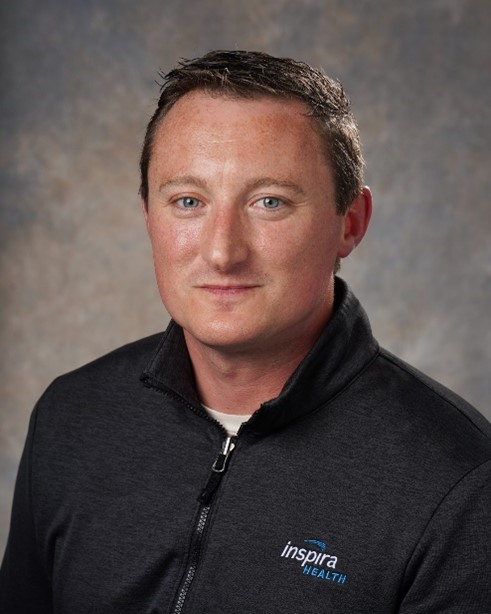 Paul graduated from University of Sciences in Philadelphia in 2019 with his Doctor of Pharmacy degree. Following graduation practiced in community pharmacy and joined the Inspira Health pharmacy team in 2019. Paul is the preceptor for the Behavioral Health elective rotation. 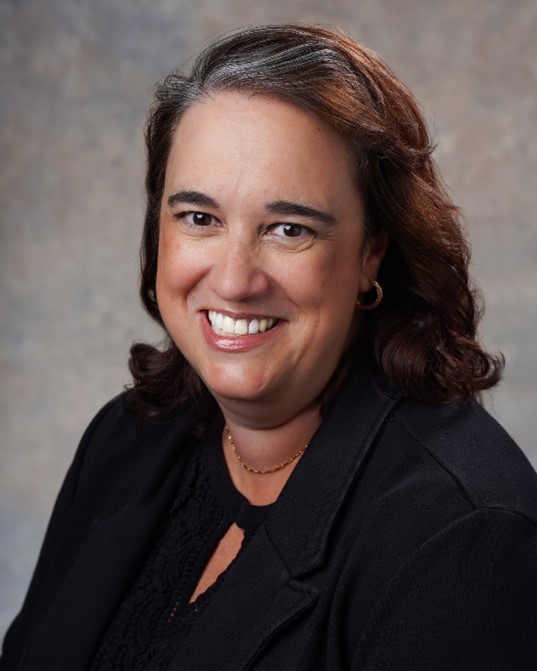 Jennifer joined Inspira in 2016 as implementation consultant for Cerner/Inspira’s InspiraOne EMAR project and transitioned to operations manager in 2019. She serves as the preceptor for the Informatics elective rotation and shares the Leadership rotation with the director of pharmacy. She obtained her PharmD from Albany College of Pharmacy and her Master of Science in Information Systems from Marist College. She has worked in multiple clinical and informatics roles throughout her almost 20 year career in pharmacy. Jennifer is double board certified in Pharmacotherapy and Compounded Sterile Products, and is an expert in cleanroom design. She enjoys students and residents; they keep everyone’s knowledge base sharp! 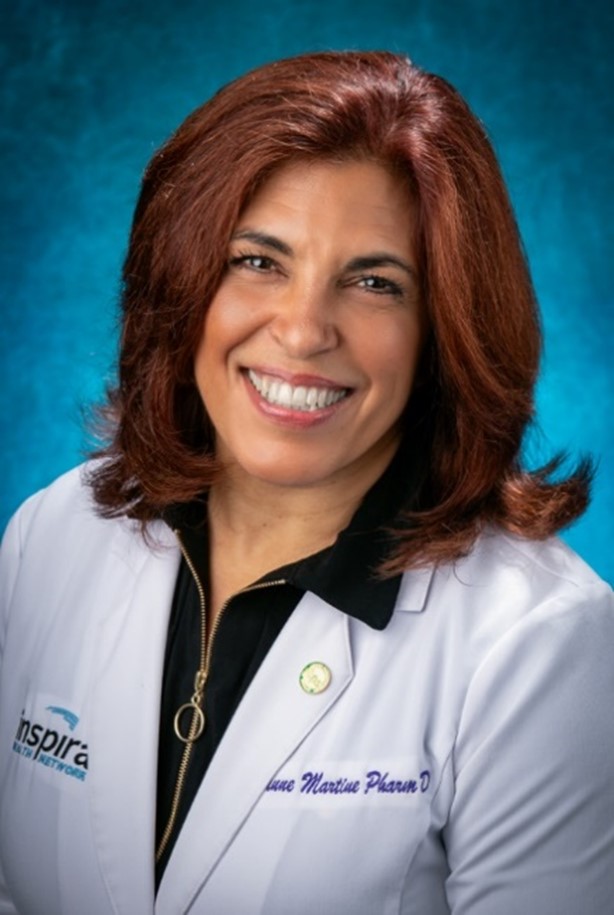 Julianne Martine has been working at Inspira since 2015 and has been serving as co-preceptor for the Transitions of Care and Ambulatory Outpatient rotations at Inspira Medical Center-Vineland. She has 34 years of experience in ambulatory care, nursing home, compounding, and hospital pharmacy settings. She graduated in 1988 from Philadelphia College of Pharmacy and Science with a Bachelor of Science degree. In 2017, she obtained her Doctor of Pharmacy from Bernard J Dunn School of Pharmacy in Winchester Virginia. She also became Board Certified Pharmacotherapy Specialty that same year. Recently she received her Joint Board for Certification of Consultant Pharmacists June 2022. 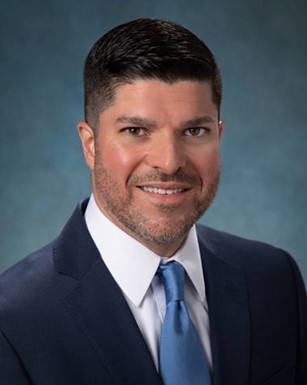 Thomas joined Inspira Health in 2020 as Retail Pharmacy Manager. He has over 25 years of pharmacy practice experience. He received his Bachelor of Sciences in Pharmacy from the Philadelphia College of Pharmacy and Science. Prior to joining Inspira Health, Thomas held pharmacy leadership positions in the retail pharmacy industry where he served his customers by building trusting relationships. Thomas oversees the retail pharmacy operations. 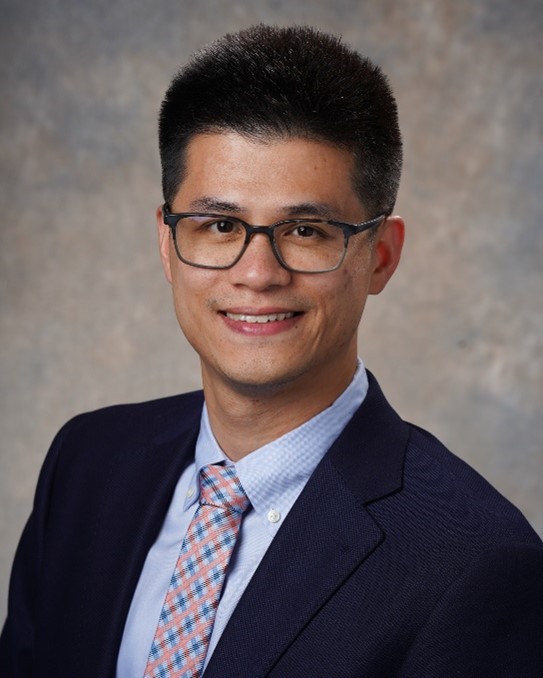 Guanhui Chen has been a resident of South New Jersey since 2013. He graduated with his Doctor of Pharmacy degree from Jefferson College of Pharmacy at Thomas Jefferson University. Guanhui’s professional interests include Cardiology, Critical Care and Emergency Medicine. In his free time, he enjoys going to the gym, playing basketball, and watching Marvel movies. 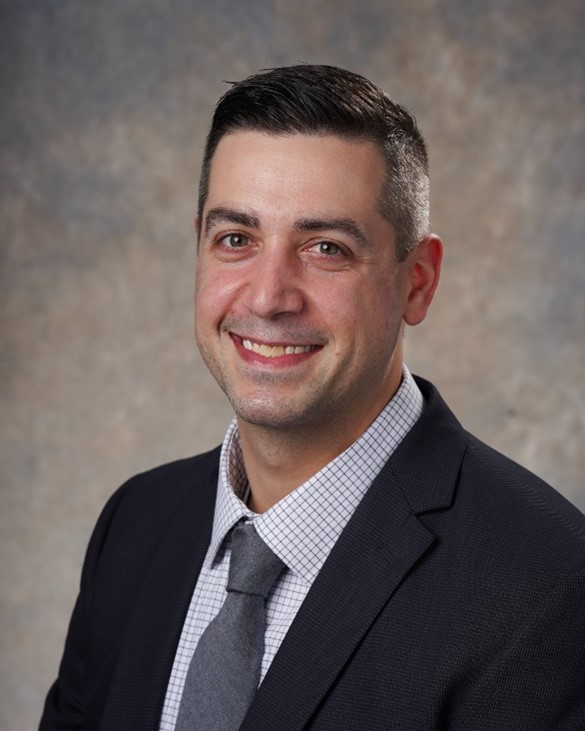 Kevin is a resident of South Jersey and graduated with his Doctor of Pharmacy degree from Jefferson College of Pharmacy at Thomas Jefferson University. Kevin's professional interests include critical care, emergency medicine, and infectious diseases. In his free time, he enjoys exercising, playing the drums, and spending time with family and friends. 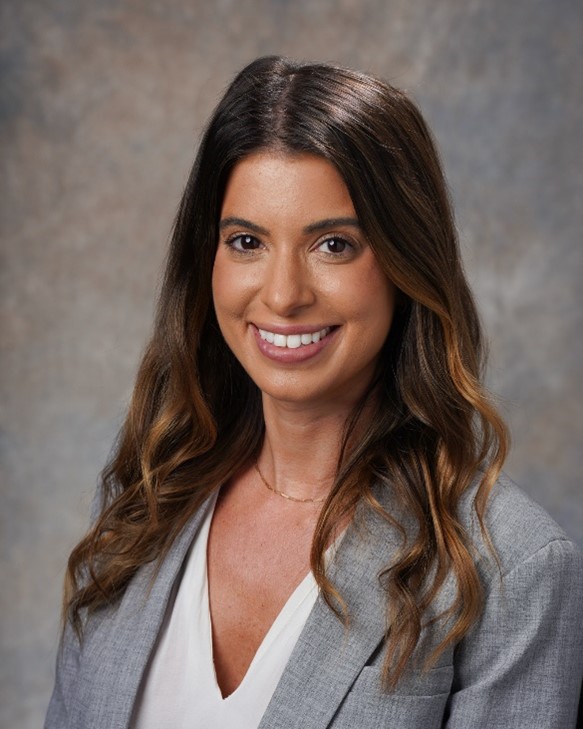 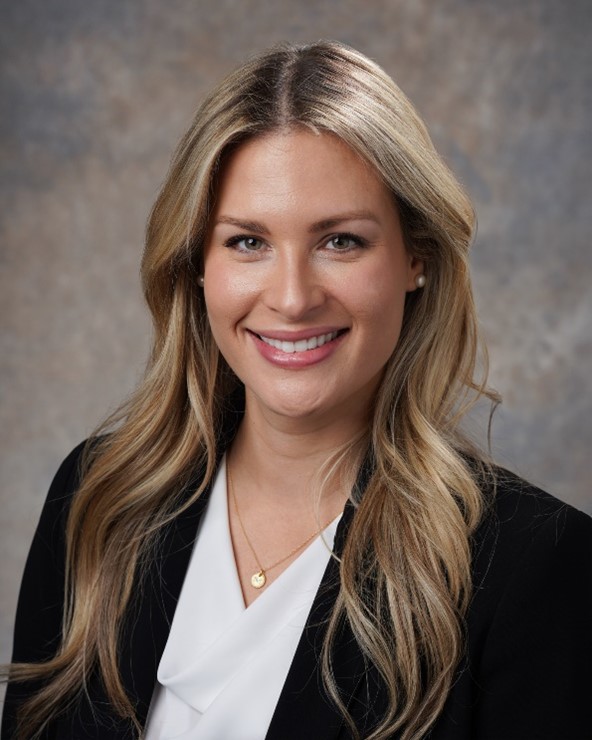 Marlene is originally from Puerto Rico and, earned her Doctor of Pharmacy degree from Notre Dame of Maryland University. Her professional interests include ambulatory care pharmacy and transitions of care. In her free time, she enjoys the beach, indoor cycling, and spending time with family and friends.