Could Your Diet Impact Your Risk of Alzheimer's Disease?

Could Your Diet Impact Your Risk of Alzheimer's Disease? 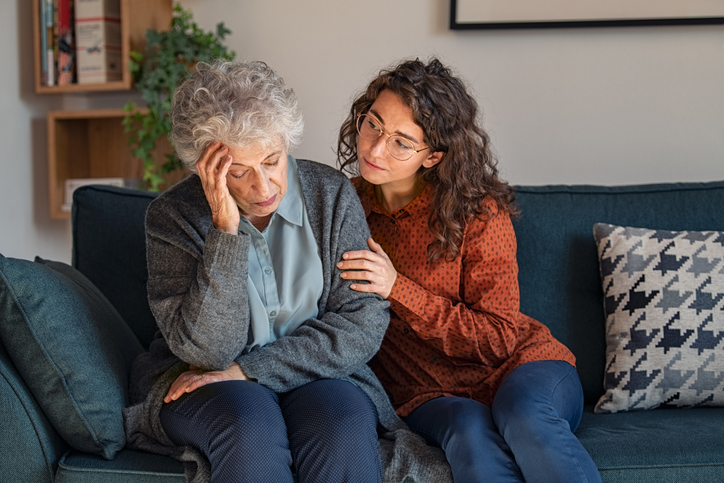 The National Institute on Aging has named Alzheimer’s disease the sixth leading cause of death in the United States, affecting an estimated 5.5 million Americans. Other, more recent estimates claim that number is even higher, ranking in the top three.

Alzheimer’s disease is a form of dementia where patients experience declining memory and cognitive function, usually in the later stages of life. In most cases, symptoms of dementia begin in the mid 60’s and progress each year. This decline is believed to be caused by plaques that grow in the brain, disrupting the neural pathways through which information travels.

Though the cause–and a cure–for Alzheimer’s hasn’t been established, researchers are hard at work uncovering new evidence and risk factors every day.

In fact, in recent studies of dietary habits and hormone levels, researchers found a connection between hormones involved in digestion, diabetes and the prevalence of Alzheimer’s diagnoses. Separate studies have connected healthy foods with a decreased risk for the condition.

Cholecystokinin (CCK), a protein found in both the brain and intestines, is responsible for sending appetite signals to the brain, and for breaking down fat and protein during digestion.

According to a 2019 study, individuals with a higher CCK level had up to a 65 percent lower chance of developing cognitive issues. In previous studies from the same team, higher levels of a shared hormone–autotaxin–were found in both diabetes and Alzheimer’s patients.

Research has also focused on dietary choices and diet trends to track the effect on the brain.

Mediterranean diets, as well as the Dietary Approaches to Stop Hypertension (DASH) diet designed to fight heart disease, exhibited a positive effect on Alzheimer’s risk and diagnosis, leading researchers to borrow from these popular diets when developing an Alzheimer’s- and dementia-specific plan.

Two diets currently at the forefront of this research include The Mediterranean-DASH Intervention for Neurodegenerative Delay (MIND) diet and the Canadian Brain Health Food Guide. Both borrow heavily from the Mediterranean and DASH diets, recommending larger portions of whole grains, beans, nuts, vegetables, fish and vitamins E, B12, B9 and Omega-3.

Though the diets diverge slightly when it comes to portion size and proportion, they both focus heavily on those plant-based options to fight inflammation.

However, even with these positive preliminary results, experts warn that lifestyle changes may not be able to fully counteract the impact of genetic factors. Instead, they will continue searching for a cure for dementia.
If you are a loved one is showing signs of, or has been diagnosed with, Alzheimer’s or dementia, Inspira LIFE may be a fit for you. To qualify for services at Inspira LIFE, an individual must be over the age of 55; live in Cumberland, Gloucester, or Salem County; meet a nursing facility level of care; and be safe in their home at the time of enrollment.

Last month, Inspira Health announced the expansion of the Living Independently for Elders (LIFE) program to all of Gloucester and Salem Counties with the December opening of Inspira LIFE Williamstown.

Inspira Health today announced the expansion of its LIFE Program (Living Independently for Elders) to all of Gloucester and Salem County. LIFE, also know as PACE in other states, provides an alternative to nursing home placement. Inspira Health has operated a LIFE program in Cumberland County since 2011.

Al’Asia Powell was honored at the 2022 NJHA Best at the Beach Awards celebration.