It wasn't 72 hospitalizations (in eight years) or two long-standing chronic health conditions (diabetes and gastroparesis) that nearly kept Joe McGurk from attending his son's wedding. It was anemia, a relatively new health concern for the 49-year-old resident of Glendora, Camden County. 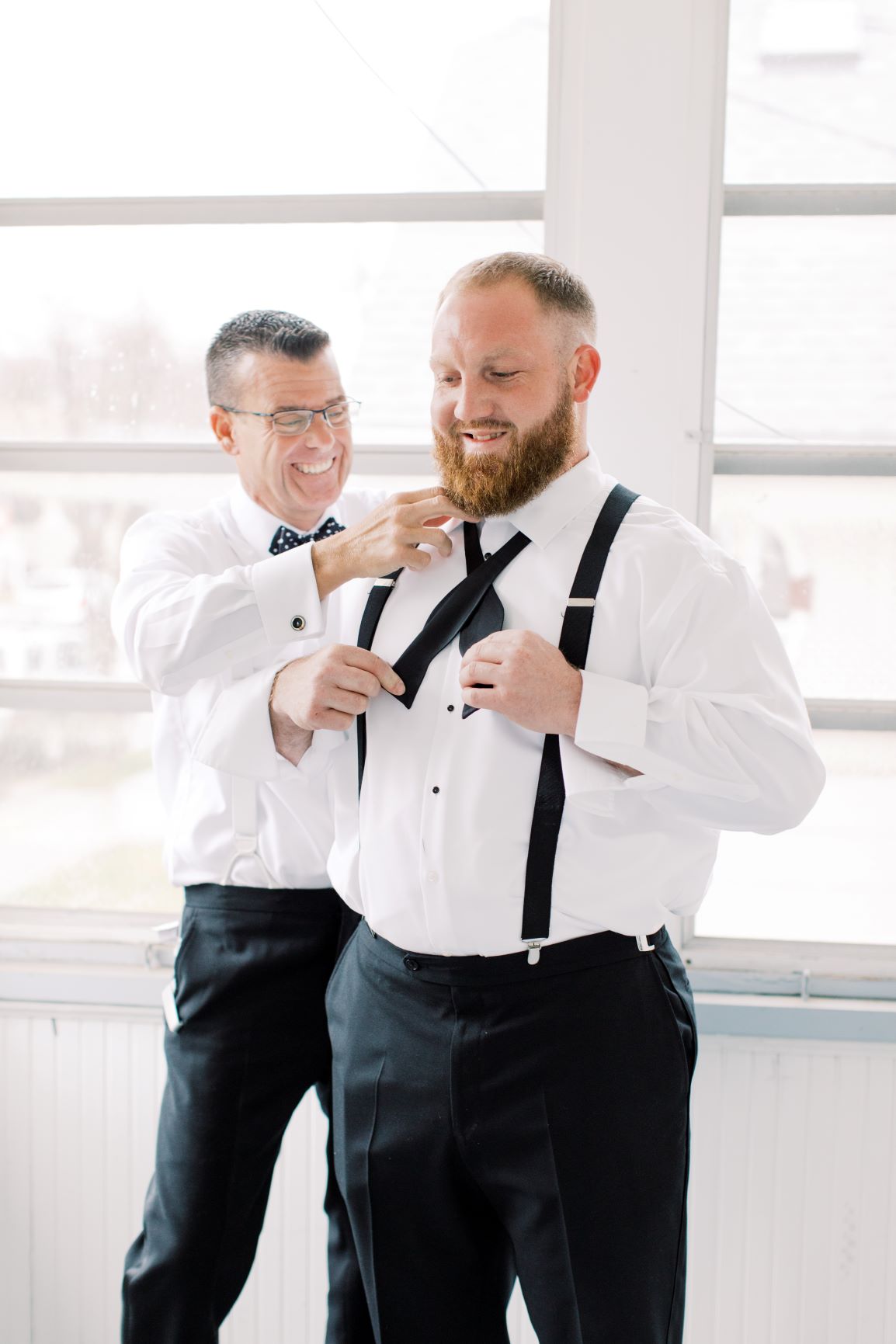 Two weeks before the wedding his hemoglobin count dropped so low he feared he would miss the big day. McGurk needed a blood transfusion, and he needed it quickly. He called his primary care physician and then his local go-to health system. They weren't able to offer a quick transfusion, instead suggesting that he go to the ER, which would likely lead to an inpatient admission, and then a transfusion. Given the circumstances, he didn't have the time, or energy, for a drawn-out process.

His next call was the Infusion Department at Inspira Medical Center Mullica Hill. There, quick work by the infusion team enabled him to get his urgently needed blood transfusion – the next day. As he sat comfortably in a recliner receiving the iron-rich blood his body needed, he marveled how everything came together so quickly.

"What blew my mind the most is that I had never been treated by a doctor affiliated with your hospital or stepped foot in your hospital," said McGurk. "But when I called your place, Audrey [Audrey McKeon, coordinator for the cancer center] said, 'Let me get your phone number and see what I can do, or I'll refer you to someone who can help you.'"

Audrey began by explaining that he would need to be seen by a physician on staff at Inspira Mullica Hill who would then write an order for an outpatient transfusion. Determined to help McGurk, she made a call to the office of Erev Tubb, M.D., a hematologist and medical oncologist who serves as the Medical Director of the Cancer Center at Inspira Mullica Hill. With his office located in the same building as the infusion center and his expertise in blood disorders, Dr. Tubb, in collaboration with oncology nurse practitioner Meghan Clark and practice coordinator Kelly Pinero, was able to see McGurk the next day and arrange for the transfusion. Working together, the Inspira team had pulled off an expedited outpatient transfusion for a patient who had no previous relationship with Inspira or its physicians. While they were at it, they also scheduled him for his first iron infusion.

The transfusion not only enabled McGurk to attend the wedding, but joyously participate in it. And thanks to ongoing aggressive treatment of his anemia, he now feels better than he has in a long time.

"I feel like superman," he explained recently. I haven't felt this good in so long, I can't tell you when."

A few months after the wedding, McGurk had a rare day when he wasn’t feeling quite right. “Call Dr. Tubb,” his wife, Susan, suggested. He connected with the physician’s office on the first try. Bloodwork was ordered and completed that day. By 9:30 the next morning he was getting the infusion treatment he needed. Almost immediately, he felt better.

“You look so much better,” said Susan after the treatment. “What a relief we finally found a local hospital that actually cares about making you better.”

View All News
Taking Care of Yourself During Cancer Treatment

In 2018, the National Cancer Institute reported 18.1 million new cancer diagnoses worldwide. Receiving a cancer diagnosis is never easy. But no matter where you are on your cancer journey, there are people, resources and teams of health care professionals ready to help you. Cancer treatment is not just treating the malignant components of your diagnosis, but also tending to your physical and mental health needs.

Lung cancer is the leading cause of cancer death in the United States. It is considered a silent killer because symptoms typically don’t appear until after the cancer has spread—and when it is far more difficult to treat.